Casper Wells Should Start in the Outfield

It's not quite Ibanez over Jones in 2007, but it has that same feeling

Share All sharing options for: Casper Wells Should Start in the Outfield

I had this jotted down as a draft before today's release of the ZiPS projections for the Mariners, but they back up a lot of what I already thought. Y'all already know ZiPS and such so if you want the short version of this post here you go. Courtesy of 2013 ZiPS,

To properly convey my feelings about this, here's a picture of a melancholy collie, via Matthew Bordignon on flickr. 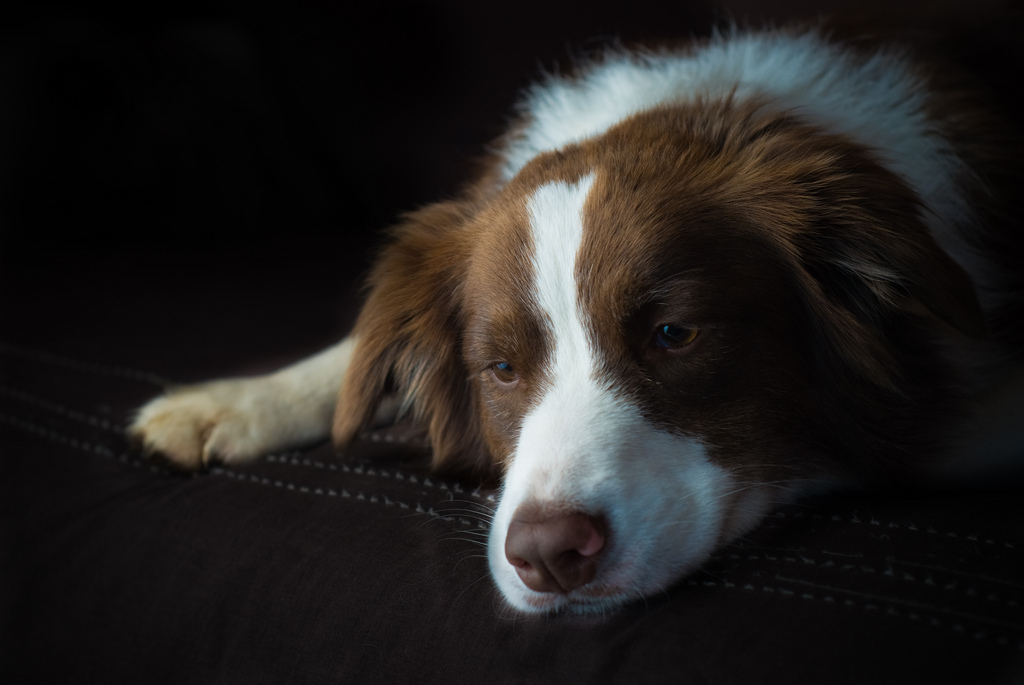 I mentioned that I was planning to write this even without ZiPS. My frustration with the John Jaso for Michael Morse trade is not limited to thinking that the Mariners cast Jaso aside. Part of it came from, and is now sustained by ZiPS, my belief that — similar to Jaso — that the Mariners are undervaluing Casper Wells.

Everyone thinks that Morse will out-hit Wells. CAIRO puts Morse's wOBA at .335 and Wells at .305. ZiPS is more pessimistic with Morse at .311 and Wells at .300. Those are all straight wOBA, using each systems own particular flavor of the basic wOBA recipe. I don't know what those particulars are, so I always feel more comfortable with Statcorner's wOBA since it sticks to Tango's basic definition, the one without baserunning.

I also prefer Statcorner because I know how the park factors are calculated and I trust myself more than systems that I can't see. I'm going to stick with park-adjusted wOBA because I think other systems are underrating how damaging Safeco Field played to right-handed hitters. Here's how Statcorner's wOBA and park factors judge Casper Wells past.

Wells played some Triple-A ball those three years as well and rocked each time. Wells has been mildly platooned against facing the league average number of right-handed pitchers, but I don't see much reason to project him for a below average bat were he to get regular playing time. Eyeballing it, I think something like a .338 wOBA*, an average of his 2011 and 2012, is reasonable. That would be something like a .318 wOBA without the 2012 Safeco Field park adjustment in case you're curious.

I'm just going to plug in a 3-2-1 weight of Morse's last three wOBA*s and use the resulting figure, .370, as my projection for Morse. I imagine it should actually be a bit lower because of Morse's age, injury history and transition back to the American League, but I'm going to give him the benefit of the doubt here.

For what it's worth, the 32-point advantage I give Morse here is greater than either CAIRO (30 points) or ZiPS (11 points) gave. Now, the difference between a .370 wOBA and a .338 wOBA over 600 plate appearances is about 17 runs. CAIRO would suggest about the same, while ZiPS' numbers would give only a 6-run difference between Morse's hitting contributions and Wells'.

Sticking with the 17-run figure for the time being, now consider the other contributions that a position player makes. Wells appears to be about an average base runner while Morse gives away about three runs. We're down to 14 runs of difference.

Morse is barely tolerated in left field or at first base, but Wells can chip in at center field in a pinch without constituting a war crime so I figure it's correct to credit Wells a couple runs for additional positional flexibility. Morse's advantage sinks to 12 runs.

And then we come to the actual defensive ability once on the field. I laid out why I think Morse should be docked about 10 runs against average in the previous post. For Wells it's almost the same magnitude but in the positive direction. UZR/150 puts Wells at +15 runs. The Fans Scouting Report is only at +2 per a full season but Sean Smith's system is at +16 runs.

The average of the three comes to +11 runs per 150 games in the field for Wells. Neither -10 runs for Morse nor +11 runs for Wells strikes me as unreasonable having watched them play. That 21-run gap between the two at fielding puts Wells ahead as the more valuable player, by almost a full win, agreeing with what ZiPS believes.

Even if you think the difference in their defense is half of that 21-run spread, that only makes Morse and Wells equal in total value. And that's with giving Morse a bigger than projected advantage from hitting. All in all, I think Casper Wells should be starting over Michael Morse in the outfield.

Getting Michael Morse isn't the problem. Trading John Jaso isn't the problem. My problem has always been that I felt the Mariners shortsightedly dealt from a position of little depth* and didn't get themselves any better in the short or long term. I think the downgrade from Jaso to Shoppach is actually pretty steep. I don't think that the overall on-field performance of Michael Morse in left field is even any better than that of Casper Wells, and certainly not enough to overcome the cost.

* No, Mike Zunino does not render John Jaso moot. I cannot fathom why so many people believe this so thoroughly. Mike Zunino is a prospect who has barely even played in Double-A.

And that's where I'm worried about this team's management. They seem to make baffling and hasty judgments on players. I actually think that in a world in which the Mariners didn't bring in Raul Ibanez that Morse playing primarily first base wouldn't be the worst thing ever, giving the team some slack for Justin Smoak to not rush back to Seattle.