Now For Talk Of A Felix Hernandez Contract Extension

Share All sharing options for: Now For Talk Of A Felix Hernandez Contract Extension

I'm not sure to what extent good PR really matters in baseball. Ultimately, if your team is good, people will come watch it, unless you're the Rays. If your team is bad, people will stop coming to watch it, unless you're, I don't know, one of the exceptions. The Mariners don't need to do things for PR reasons -- the Mariners need to do things that would have good PR side-effects. Because of the winning. But with all that said, for whatever it's worth, dropping Chone Figgins was a good PR move. Another good offseason PR move would be signing Felix Hernandez to a long-term contract extension. This is something we've talked about on and off for months, and now Ken Rosenthal has put the topic back on or near center stage.

The next big contract in baseball? It could go to Felix Hernandez.

The Seattle Mariners continue to talk to Hernandez about an extension, according to major-league sources. And while no deal is close, the Mariners are at least weighing a four-year, $100 million proposal, sources said.

A summary of information:

If Felix were a free agent right now, he'd presumably be in line for an absolute monster contract. We're talking something in the neighborhood of $30 million a season, for many seasons. But if Felix were to sign an extension with the Mariners soon, he'd be doing so two full years before the end of his current contract, meaning the Mariners would assume some risk, meaning Felix would sign for a lower average annual value. You have to factor in the possibility that Felix gets hurt or gets worse, even though I don't exactly feel like talking about it. Let's just acknowledge that the math is there, and that the math is based on a long record of pitcher history.

When Felix signed for five years and $78 million before 2010, he did so in January, when he and the Mariners were approaching arbitration. They're not approaching arbitration now, but there's a precedent for an extension being signed by these two parties around this time of year. Felix, in case you don't remember, is due a little over $20 million in 2013, and a little more over $20 million in 2014. Had it not been for that initial extension, Felix would've been a free agent prior to 2012. Which means, if he didn't re-sign, we wouldn't have had Felix's perfect game. Think about that; Felix is already through more than seven full years of major-league service. He's 26. He's younger than Mark Trumbo and J.P. Arencibia, by four months. He's several months younger than David Price.

The first time around, Felix and the Mariners started talking early in the offseason. Felix was reportedly looking for $100 million and six years, while the Mariners reportedly settled at first at $45 million and four years. We talked a lot at the time about how the Mariners appeared to be low-balling their ace, but ultimately they arrived at a compromise near the middle, clearly with no hard feelings. Felix didn't feel disrespected, and the Mariners didn't feel put off by Felix's demands. It's almost as if negotiations begin with both parties hoping for something unrealistically extreme. Felix is more proven now than he was then, and he's got a Cy Young in his back pocket. On the one hand, he's proven his durability. On the other hand, he's logged an awful lot of innings. Since we don't know how to predict pitcher injuries or ineffectiveness, there are arguments here pointing in two directions.

I've never really understood Felix's apparent level of devotion to the Mariners, and to the city of Seattle. Granted, Seattle was the first place to give Felix a chance, and this is the only organization he's ever known, but the organization has also been bad, as Felix has yet to start a game with real playoff implications. You'd think Felix would be extremely interested in playing somewhere better. But there's not really any questioning his loyalty. 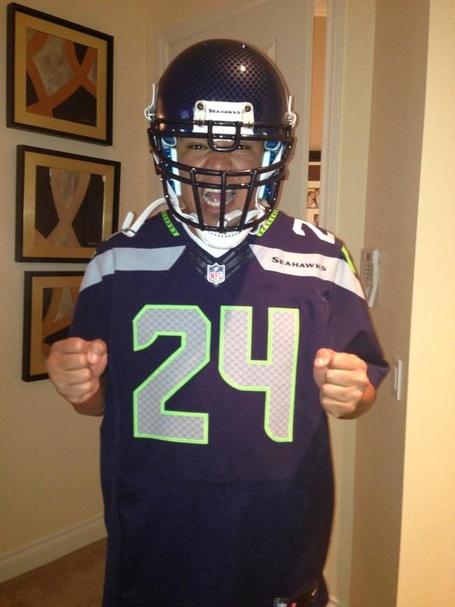 Felix is still in love with his first baseball organization -- Felix must be confident that problems can be worked out. The way everyone is in everyone's first serious relationship. The Mariners are in love with Felix back, so it only makes sense to pursue an extension. And if the Mariners are actually thinking about something like $100 million and four years, an extension agreement shouldn't be hard to reach. Something could be completed within a matter of weeks, if not even within a matter of days. They've been headed for this, and now there's not a whole lot else left for the Mariners to worry about. They can focus more on finding agreeable terms with their staff ace, and that shouldn't be an unpleasant or challenging process.