So Michael Morse is back on the Seattle Mariners. Time to look forward to what he should be able to do, if only in 2013 while he's still under contract.

Share All sharing options for: All Right, Time To Embrace Michael Morse Now

Some of you won't need to be encouraged to embrace Michael Morse -- some of you have been on board from the beginning. Many of you have not, and I know I was opposed, first to Morse as a rumor and then to Morse as a reality. But the trade is done, the trade is official, and John Jaso is a member of the Athletics now. Michael Morse is a member of the Mariners. There's never any good sense in wallowing, and a good life philosophy is to always move forward. I think it's healthy to focus less on what's gone, and more on what's coming. Jaso had his positive attributes, but Morse has his own selling points, too, and we should all try to get excited. That's sort of the whole point.

I don't know where to begin. I guess we can begin with the outfield defense. No one immediately thinks of Morse as being a quality defender, and this is a big part of the argument that he isn't markedly better than Casper Wells, overall. Since Morse broke in, 258 players have played at least 1,000 innings in the outfield, and in terms of UZR per 1,000 innings, Morse ranks 15th-worst. He's around names like Logan Morrison, Aubrey Huff, and Jonny Gomes. Oh no! But then, in terms of Defensive Runs Saved per 1,000 innings, Morse ranks 66th-worst. Put another way, we're talking about the difference between -12 and -4. I don't think there's any denying that Morse is a below-average defensive corner outfielder. Even Morse might admit to that. Nationals fans would definitely volunteer that opinion. But we don't know how below-average. It could be five runs, it could be 15 runs, or it could be anything else. I'm not saying that Morse definitely isn't a disaster. I'm saying that Morse might not be a disaster.

Stepping off the field for a moment, one also notes that Morse seems enthusiastic to be returning to the Mariners. When a player gets traded to a team, it's common courtesy to express an openness to it, but Morse has gone above and beyond, and he seems sincerely, genuinely thrilled to be coming back to the first team to give him a shot. We have a good idea that he's going to give the Mariners a little extra personality, and, in turn, he ought to be pretty likable, provided he doesn't disappoint when he's hitting. Rare is the offense-first position player who's excited to join the Mariners. Morse'll be some sort of vocal presence in 2013, and if he doesn't get traded, he might be open to re-signing at a decent deal. Maybe even if he does get traded, since he's in line to become a free agent either way. Maybe Morse won't be worth re-signing, but it at least seems like an option, based on his current attitude.

Now let's get back on the field. Here's a thing from July. 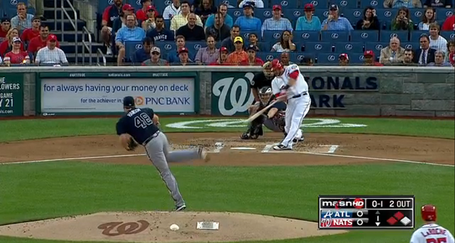 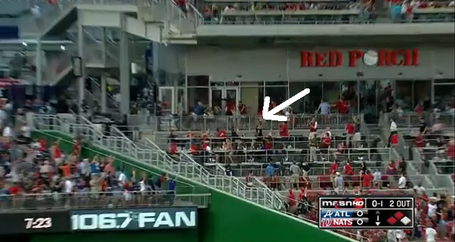 And now there's the matter of Morse's spray chart. From Texas Leaguers:

Morse is not bad when it comes to pulling the ball, but his real strength is up the middle and to right-center. A righty with opposite-field power is something the Mariners have long been searching for. They thought they found it in Jesus Montero, but that's a work in progress. Morse is that kind of guy. It's true that such a player might be less important now with the fences being adjusted to make the park more even, but it's probably still going to favor pitchers, and it's probably still going to favor left-handed hitters. So, it's probably still going to be important for right-handed hitters to be able to hit the ball hard somewhere other than left and left-center. Morse spreads the ball all around, for hits, and for extra-base hits. It's a promising profile.

I know that Morse just posted one of baseball's lower walk rates. I know he paired it with a pretty high strikeout rate, and I know he's aggressive. But since Morse broke in, 476 players have batted at least 1,000 times, and Morse ranks 14th in BABIP, at .344. That's without being much of a runner. Morse is able to offset some of his strikeout-to-walk ratio by collecting more hits than usual, and he does that by hitting baseballs really hard after swinging really hard. We don't know how well any of this is going to age, but the best indicator of the short-term future is the recent past.

I'm of the opinion the Mariners lost value by exchanging Jaso for Morse. But if Jaso's value is X, and if Morse's value is Y, then I don't think X-Y is staggeringly huge. Y could still be considerable, and as fun as it was to watch Jaso's control of each plate appearance, it ought to be similarly fun to watch Morse smash some massive dingers. From an entertainment perspective, Morse isn't a bad get. And from a baseball perspective, this isn't really that bad. It might not be bad at all. We've been through a hell of a lot worse. I'm not sure how the Mariners are going to actually sort out their roster of players, but Morse is going to play, and Morse is going to hit, probably.