(1) Settle on a style of facial hair

All right, lots of guys mess around with their facial hair in their early 20s. It's a life experience, and facial hair is still sort of new, as is the freedom to grow it however you want. But now it's time to pick. No more of this back-and-forthsies. What's going to be the new consistent norm? Clean-shaven? 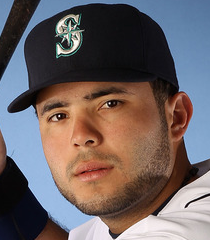 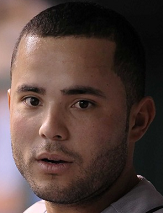 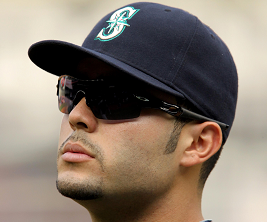 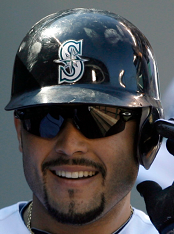 On one hand, it's silly, because it's just facial hair, and changing facial hair doesn't change the person. But when you change your facial hair, other people are caught off guard, and sometimes they might not even immediately recognize you. Plus, you know, vanity, superficiality, and all that. It's time to pick a consistent style and go with it. People like consistency in appearance. Consistency is dependability. Grow up, be a man. Select the design in which hair grows on your face.

(2) Remember that it's three outs and not two outs

Talk about embarrassing! Even people who don't know anything about baseball know that it's three strikes and three outs. And those are people who don't know anything about baseball. Even in knowing nothing, they know something. If you want to grow to become a better professional baseball player it would probably be a good idea to remember how many outs there are in each half inning. It's not that important since someone else will always be keeping track, but you don't want to look like an idiot. Good professional baseball players seldom look like idiots.

(3) Consider the potential consequences before involving another in your celebration

Celebrating is great! It's great to have things to celebrate, and it's great to celebrate them when they occur. Celebrations are releases of positive emotion! But not everybody celebrates in the same way, and the human body is fragile. The human body doesn't like to be taken by surprise, and you're a grown-ass man, Jesus, with bones and muscles and fluids and everything. You weigh a lot, even if when celebrating you feel weightless, and you should probably at least warn the other person before you jump on him and jeopardize the structural integrity of his spine. As a professional baseball player, you're important, but your teammates are also important. Try not to put their health at risk.

Knowing how many outs there are in a half inning -- that's a fundamental baseball skill. Running is also a fundamental baseball skill, but more than that, it's a fundamental life skill. Outside of baseball, it doesn't matter if you know anything about outs. Outside of baseball, you better be damn sure you know how to run, because you never know when there might be an ice cream truck, or wolves. Twenty-three is probably too old to not know how to run. It's time to learn. You'll be less humiliated on the field, and you'll be better equipped to respond to emergencies and children in your day-to-day life.

Come on, don't be a dick. Nobody likes a dick. Well, no, lots of people like -- just, you know what you mean. Don't be a dick. Be what you want other people to be to you. It really is that simple.