Maybe you can't really appreciate a winning streak until it's done. The Seattle Mariners had won seven games in a row, sweeping the Kansas City Royals in four games and then the Toronto Blue Jays in three before flying out to New York to take on the Yankees and CC Sabathia. Upon meeting Sabathia, the Mariners then proceeded to be... all Marinery. It's exactly what we would have expected if not for being in the middle of a wonderful run -- the lineup was destroyed by an ace-calibre left-handed pitcher and the Yankees scored enough runs to win.

So, yeah, this is the same team we've been watching all season. But they won a lot of games recently! That's super-neat! And they only ended up losing by three runs to the Yankees today. The Yankees are an excellent team. That's really not bad going. 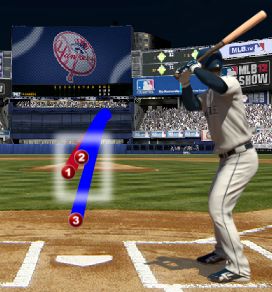 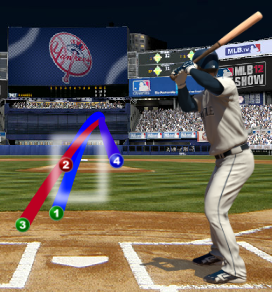 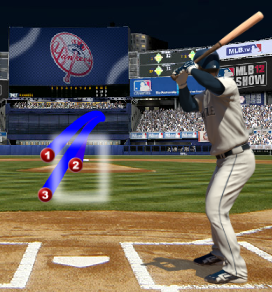 That's a strikeout, a pop fly to second, and another strikeout for good measure. Sabathia had a lot of success throwing breaking balls away to Ackley, which isn't much of a surprise considering that Sabathia's slider is really quite good and Ackley is left handed. But in the ninth, he came inside with a fastball, and Ackley did bad, bad things to it. It wasn't a Yankee Stadium home run -- that homer was legit.

It also ruined a perfectly good game recap about us getting destroyed, so I'm pretty cranky about that.

Other than annoying me with a late home run, the game was, well, pretty boring. Kevin Millwood started reasonably, but a Curtis Granderson single back through the box in the third made it 2-0 to the Yankees, and although Casper Wells hit a home run (the Mariners' first baserunner of the game) in reply, it was pretty clear that the game was over as soon as Ichiro and Russel Martin crossed home plate. Sabathia wasn't just obliterating Ackley, he was slaughtering the whole team -- Seattle ended up swinging and missing 22 times over the course of his nine innings -- and it would have been wholly unreasonable to expect a comeback.

Matters were made worse in the sixth, when Yankee Stadium conspired with one of its filthy scampering denizens to turn an Eric Chavez pop fly into a home run. With two outs and Raul Ibanez on second, Chavez skied an 0-1 offering to deep right field. Eric Thames made an attempt to catch it at the wall, and at first it looked as though it took a weird bounce off the side of his glove before landing in the seats. Replays showed that it was not, in fact, the new outfielder's fault. Instead, a fan reached out into play and prevented Thames from getting a clean play on the ball. The homer stood, because Yankees, but in a fair world the homer would not have stood.

There wasn't a whole lot to talk about from the Mariners' end. Miguel Olivo got a double, the only hit off Sabathia on a ball in play all evening. Brendan Ryan drew a walk. We saw Ichiro get an infield single on a dribbler to third and I suddenly realised how annoying he is. What the hell is that? That's not a base hit you speedy little imp. Hit like a normal person!

About all this game will be remembered for, in the long run, is the Major League debut of Carter Capps, who is one of those rare relief prospects whom can be described as such without a snicker. Capps came out throwing fire, hitting 100 mph with his fastball six times (per Pitch/FX) and flashing a tight breaking ball as well. Unfortunately, Russell Martin managed to get hold of one of those fastballs, sending a line drive single into centre field, and then Capps' lack of control -- nerves, probably -- led to a Granderson walk. One Derek Jeter sac bunt later, and Capps was out of the game. He ended up charged with two earned runs when Oliver Perez allowed both runners to score.

Anyway. We were due to lose sometime, and it's not a big shock that that sometime was against CC Sabathia and the Yankees lineup. More sometimes are to follow, unless Felix Hernandez Felixes.