Talking Miguel Olivo While We Still Can

Share All sharing options for: Talking Miguel Olivo While We Still Can

In December 2010, the Seattle Mariners signed Miguel Olivo to a very reasonable two-year contract worth $7 million. Olivo got a $0.5 million signing bonus, a $2.25 million 2011 salary, and a $3.5 million 2012 salary, with a 2013 option and buyout. The Mariners needed help at the catcher position and it's not too terribly difficult for a catcher to be worth a few million dollars a year, so the Olivo signing looked fine. It wasn't something to be enthusiastic about, but it looked fine.

Olivo's almost gone now, probably, assuming his option isn't picked up. He's not yet finished, but over 761 plate appearances since signing, he's posted a .245 OBP. He's found a way to not be worth his contract, unless you really value his intangible skills that don't readily reveal themselves in the numbers. Olivo was supposed to be a mentor for Jesus Montero but Montero hardly looks terrific. John Jaso has stepped forward as a catcher actually worth a damn. Olivo's playing time has dwindled and Olivo has been none too happy about it.

I think we're all ready to move on from the Miguel Olivo experience. Many didn't want to go through a second Miguel Olivo experience to begin with, and while there were highlights, like Olivo homering while the King's Court chanted his name, there have been plenty more lowlights, like every single out Olivo has made, of which there have been many hundreds. People don't want to see more Miguel Olivo as a player, and Olivo would probably like to go somewhere else, somewhere where he's valued and somewhere where the left-field fences are within screaming distance.

Yet while the Olivo chapter is almost finished, we should take this opportunity to recognize that, while Olivo was often frustrating, he's always been interesting. Statistically, I mean. The guy doesn't walk. He might have the very worst batting approach in the league. There is no shortage of interesting things to say about Miguel Olivo walking, or not walking. I'm going to say some of those things here. Olivo isn't a part of the Mariners' future, but it's not like we should only ever think about the parts of the Mariners' future. There's also a present, and a recent past.

To begin, remember how Olivo walked five times last April and 11 times last May before shutting the walks down almost completely? Remember how puzzling it was to watch Olivo have a clue and then lose it out of nowhere? Remember how Olivo drew that one walk last summer without realizing it? This year, Olivo hasn't had one of those inexplicable walk spurts. He walked twice in April, once in June, and once in July. I guess maybe April counts as his walk spurt. In 2012, Miguel Olivo has four walks.

Zero of those walks were intentional, but Olivo has also been hit by zero pitches so far. We can combine walks and hit-by-pitches since they're just different sorts of free passes issued by the pitcher. Given a minimum of 200 plate appearances, Olivo has baseball's highest rate of swings at balls out of the zone, at greater than 45 percent. Given the same minimum, Olivo has baseball's lowest walk rate, at less than two percent. Clint Barmes is at exactly two percent. Alexei Ramirez is at 2.6 percent. Olivo's walk rate is less than half of Delmon Young and Jose Lopez's walk rates.

Where does Olivo's 2012 season so far rank all-time, if by "all-time" we go back to 1950? There have been more than 15,000 individual player seasons with at least 250 plate appearances. Olivo's unintentional walk rate of 1.6 percent ranks 37th-lowest. His 2006 season ranks 13th-lowest. In 1983, someone named Garry Hancock drew one unintentional walk in 266 plate appearances. He posted a .707 OPS. Olivo has not been the very worst, in terms of walking, but he has been among the very worst, and he hasn't gotten any more disciplined with age.

We mentioned that 2012 Olivo has four walks. On April 17, Brendan Ryan drew four walks. On July 25, John Jaso drew three walks. Nine times already this year, Jaso has drawn multiple walks. Olivo has drawn multiple walks 13 times in his career, and three of those times at least one of the walks was intentional. One of those times both of the walks were intentional.

We look at those four walks issued to Olivo, in order: 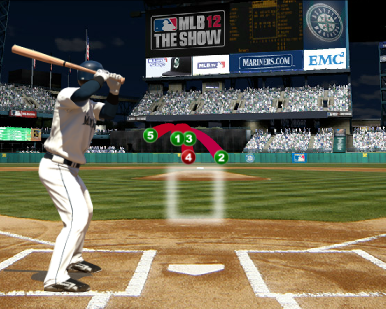 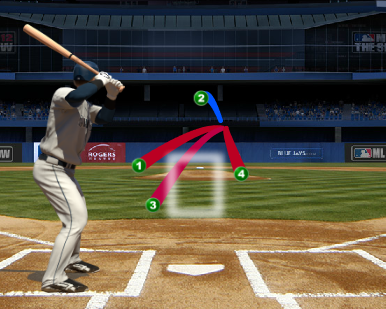 This seems like a pretty easy walk to draw. But, Olivo. 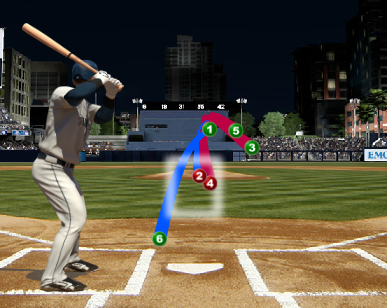 Two pitches in the zone, both fouled off. Four pitches well out of the zone, all taken. None close. But, Olivo. 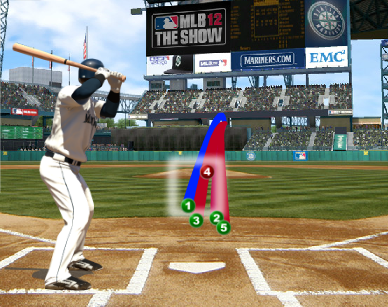 And here Miguel Olivo drew a walk that arguably shouldn't have been. In one of Miguel Olivo's four walks, he required the home-plate umpire's assistance. I am admittedly impressed that Olivo laid off pitch number 5. Thankfully, pitch number 4 was a called strike.

In conclusion, Miguel Olivo has a higher OPS this season than Justin Smoak.