Charlie Furbush And The Worst Walk Of The Season

Share All sharing options for: Charlie Furbush And The Worst Walk Of The Season

Since late last night, I've been trying to think of the right way to write this post. Not non-stop, I've been doing other things, but I've had this post in mind and no angle, no approach has mentally materialized. Yesterday, Charlie Furbush intentionally walked a batter, and it was just terrible. I don't know how to talk about it in a way that is different and refreshing. Maybe no such angle exists. Maybe there are plenty of those angles and I'm just incapable of finding them. Maybe my brain isn't working as well as it used to. Maybe my brain is actively deteriorating. In that event, it shouldn't be long before I'm able to tolerate the Mariners, or before I get so pissed off at the Mariners I threaten to blow them all up. One cannot predict how the deteriorated mind will respond to that which it observes.

Here's something I didn't realize before: Charlie Furbush's middle name is Roderick. We're one or two life decisions away from the Mariners having a pitcher who goes by Rod Furbush. I wonder how dirty a name has to be before it's overkill. Is 'Furbush' already enough, or too much? Would 'Rod' add anything, or would it actually detract? I guess Charlie Furbush doesn't look like a Rod. Nobody really looks like a Rod. Chris Sale looks like a rod. Okay. 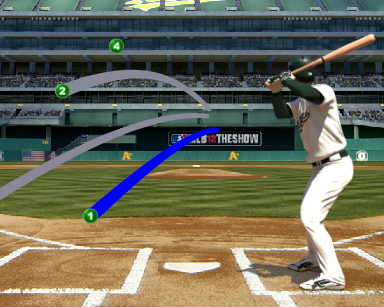