That game recap below is the last thing I'll be writing for a little while, as tomorrow morning we go away for a week. It's not the best time for a trip, but we didn't choose the timing of this trip, for reasons that aren't worth getting into. I've stepped away from blogging for a few days at a time to go camping, but this'll be the first extended break since late December 2006, so this is gonna be weird. In late December 2006, the Mariners almost signed Barry Zito, so hopefully nothing like that happens this time.

The site is being left in the very capable hands of Matthew. This is not Matthew's job, the way it's my job, so don't expect posts to drone on forever, but Matthew will be forcing content down your throats and you're gonna fuckin like it. Everything that needs to be covered will be covered. And more! Obviously there will still be game threads because we're not complete idiots.

I'll be back around next Friday, which I'm looking forward to and dreading. I'm dreading it because oh god, the catching up, the catching up is the worst. Don't send me too many emails. It'll be interesting to catch up on a week of Mariners action since that'll let me look at a slightly bigger picture than the day-to-day stuff. In closing, here is Munenori Kawasaki's head.* 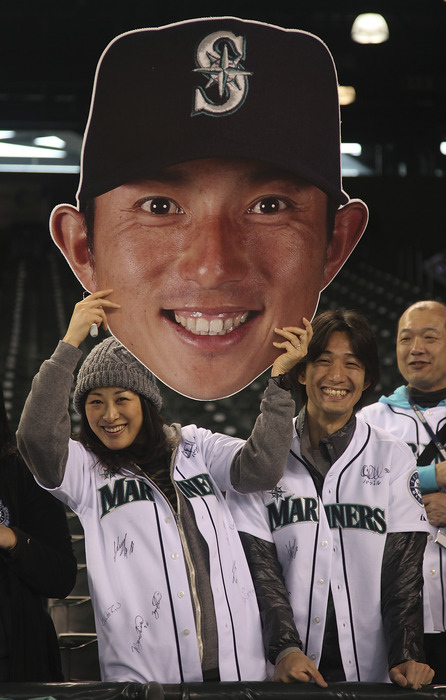