You'd think they would have gotten around to updating those photos at some point. Nope! Brandon McCarthy, down-on-his-luck Texas Ranger!

I was thinking about writing a Better Know A Us Seattle Mariners season preview but I never got around to it - in part because I ran out of time, and in part because I don't think it's necessary. We've been previewing this team, in part or in whole, for months. We know what to expect from this team. And what we'll expect from this team is anywhere from like 60 to 90 wins. Look around the roster. Who knows? There's upside almost everywhere, and there's downside almost everywhere.

I'll see you at 3. I don't know why. It's not necessary. But it feels necessary. And then I'll see you at 2 the next day even though that's dumb. The Mariners are back, and who the hell knows what they're going to do? 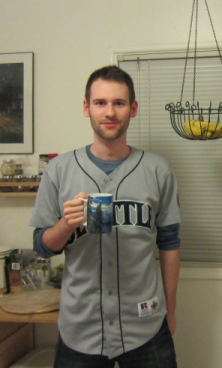