Share All sharing options for: What's So Damn Interesting About Michael Saunders

Michael Saunders came to camp talking about how he had revamped his swing over the offseason. After a year like the one Saunders just had, you'd kind of expect him to make adjustments to his swing. It all sounded very complicated, and Saunders bought into it, but I think it was pretty easy to be skeptical. Everybody who has a bad year does something to try to not have another bad year, and most of the time, the adjustments don't seem to do much. Saunders had words, but we'd need to see actions.

Michael Saunders, right now, is batting .409 in the Cactus League, or, less misleadingly, 9-for-22. Before that, he looked good in intrasquads. But this is spring training, and we all know to be skeptical of spring training numbers. And these are small-sample spring training numbers! Last spring, Saunders batted .286, which isn't bad. Then, you know. He didn't bat .286. We shouldn't care much about these stats.

But there's something non-statistical that's caught my eye. I guess it's kind of statistical, but it's a blend of scouting and statistics. In Cactus League play, Saunders has one home run, to right. He also has three doubles. These are those three doubles: 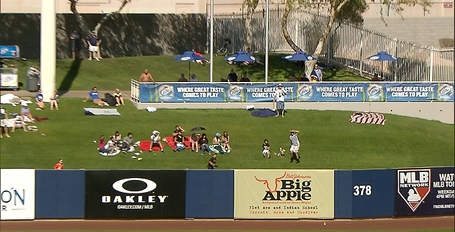 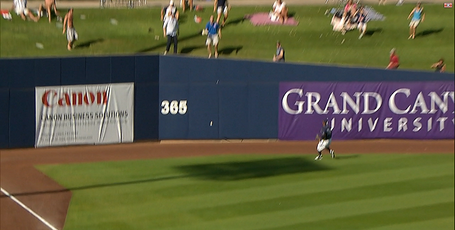 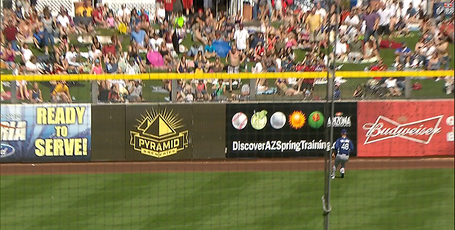 In the Majors, Saunders has 34 extra-base hits. According to FanGraphs, he's pulled 25 of them. His career isolated slugging percentage to left and center is .051. That's bad. Saunders had never done a good job of staying back or covering the outer half, which was kind of his big problem.

Now we have three doubles. Three doubles to suggest, maybe. They're only three doubles, but they're not three doubles we'd expect from Michael Saunders. So this isn't just a statistical thing he's got going on. He also just looks better. Based on a handful of games. In March.

Or maybe he won't. But maybe he will. Three doubles, man.