We're back. You're thrilled! I hope you have your learning caps on. I know I do. I had my learning cap specially made so I can swim with it. My learning is now amphibious.

We skipped this post yesterday because the word was too easy. "Quadrennial"? Everybody knows quadrennial. Today's word is not nearly so easy. You'd think it might be right up my alley, since you hear it in a chemistry context, but you know what things aren't alike? Chemistry and baseball. You never dissolve baseballs in things. Baseball doesn't involve a whole lot of glassware. You don't go to a chemistry lab and throw shit.*

Today's word is "alembic". This is the first definition of alembic:

1. a vessel with a beaked cap or head, formerly used in distilling.

This is the first Google image result: 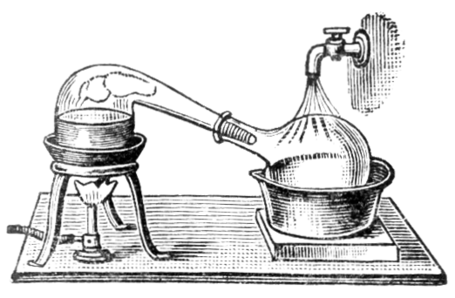 That's not going to do any of us any good. There's really no good reason for us to know what that is. I sure as hell don't know how to use that in a Mariners-relevant example sentence. Thankfully, alembic has a second definition of greater utility:

2. anything that transforms, purifies, or refines.

I'm not very confident, but here's my attempt at an example sentence:

Impressed by his raw talent, the Mariners will run Alex Liddi through the theoretical alembic of triple-A baseball.

I think that works, although I'm open to explanations on why it doesn't. If it does, it's useful, and given the way alembic just rolls off the tongue, I think you can probably get away with using it without calling too much attention to yourself. Sound smart without sounding like you're trying to sound smart!