Yesterday, while I was writing about the Mariners signing Hong-Chih Kuo, I found out that the Mariners were also signing Shawn Camp. My post was entirely dedicated to Kuo and I had other things I had to do afterwards, so I allowed Matthew to handle the Camp post. I very much appreciate his help. However, there are a few things I want to talk about that are related to Camp, now that I have a moment. These are those things. These are most of those things, anyway, since I've probably forgotten one or two.

In 2008, the Tampa Bay Rays allowed 671 runs and made the World Series. In 2007, the Tampa Bay Devil Rays allowed 944 runs and lost 96 games. In 2008, the Rays were fantastic, but in 2007, the Devil Rays were a complete and utter embarrassment. They were an embarrassment with a terrible defense and a putrid bullpen. The Devil Rays' bullpen that year posted a 6.16 ERA. The whole bullpen, a 6.16 ERA, over almost 500 innings. It is the highest team bullpen ERA I can find, besting (worsting?) 5.97 from the 1996 Detroit Tigers. Remember the 2010 Arizona Diamondbacks? Remember how those Diamondbacks had a godawful bullpen? Their bullpen ERA was 5.74. In a hitter-friendly park. Tampa Bay plays in a quietly pitcher-friendly park.

There was Al Reyes. There was Gary Glover. There was Casey Fossum. There were other guys. And there was Shawn Camp. Shawn Camp made 50 relief appearances for the 2007 Devil Rays. He posted a 7.20 ERA. That was not the worst individual ERA in the bullpen. Not by a long shot.

Shawn Camp is a survivor.

There's been some...well I don't really want to call it "concern," but there have been words about how signing Shawn Camp further reduces the odds that Chance Ruffin or Steve Delabar break camp with the Mariners (unless they break Camp! haaaaaa). It's true, those odds have presumably been reduced. It's also not such a bad thing that they have.

Ruffin has 15 career Major League appearances. He was okay, but not outstanding. He has 13 career triple-A appearances. He was okay, but not outstanding. There are surely things he could work on out of the spotlight. And as good a story as Delabar is, and as much as one can imagine him finding success with his stuff, in the minors last year he walked 40 batters in 56 innings. That's bad, and we don't know that he's ready for the bigs.

Both Ruffin and Delabar could probably use some more minor league seasoning. And even if you believe that they're ready right now, what's the problem with reliever depth? Ruffin and Delabar have options. They're hardly blocked. They'll get promoted if they earn it. It's not like teams ever go through a whole year with just seven relievers. It's not like the Mariners won't be thinking about trading relievers during the summer.

Shawn Camp might be kind of a weird signing for a team like the Mariners, but don't overstate the negative consequences of the move. It's practically harmless.

True, Camp has two career plate appearances. In his first, he put down a sacrifice bunt. Then, on May 23, 2010, Camp was pitching in a blowout and batted against Diamondbacks reliever Saul Rivera. We're back to the 2010 Diamondbacks bullpen again. Camp took a first-pitch ball, then swung at a high fastball and lifted a flare over short. It fell in safely, giving Camp a 1.000 batting average he's been able to preserve. 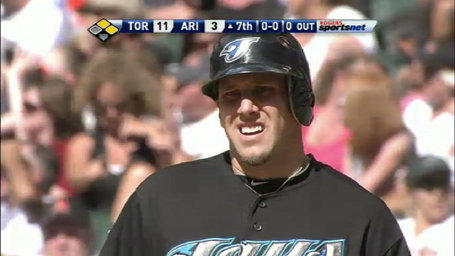 An alarming trend is that Shawn Camp's strikeout rate has declined each season since 2008. Last season he posted a lower strikeout rate than Jeff Francis and Tyler Chatwood. His strikeout rate was barely higher than Blake Beavan's. That seems bad. This might help:

Maybe it doesn't. It helped me, a little. Sure, Camp's strikeouts were down last year. But his contact rate wasn't meaningfully higher than it was in 2009. He hasn't all of a sudden become super easy to hit.

Let's look at it a different way. Camp's basically a righty specialist, right? He's not a guy you want facing many lefties? Here's how he's done against righties:

No trend in there. The 2008 number stands out, but the 2008 number is based on a pretty small sample. The last three years, Camp's been more or less the same. He throws strikes, he misses some bats, and he gets some grounders. Against righties. Let's not acknowledge what he does against lefties. Let's just not talk about that.