Just about every morning, I navigate over to Baseball-Reference's list of the day's baseball birthdays and give it a read. I don't really know why, but I've been doing it for so long that it's become a habit, and I guess sometimes I find funny names I'd never heard, or some kind of writing inspiration. That Luis Ugueto post not long ago was inspired by the birthday list. Believe it or not, I didn't get out of bed intending to write about Luis Ugueto.

I know, they're just birthdays. Birthdays aren't interesting*, and this is nothing more than a coincidence. But what takes this from being coincidental to being interestingly coincidental for me is that Sasaki ranks first all-time in saves in Mariners franchise history, while Putz ranks second. Brandon League isn't going to jeopardize that order in 2012 unless holy shit, holy shit you guys, the Mariners are good, the Mariners are so god damned good. Alternatively, the Mariners could always re-acquire Mike Schooler and try to get him four saves. I haven't checked to see if Mike Schooler is dead so hopefully I didn't just offend some people by accident.

In case you've forgotten what Sasaki's forkball used to do, this is what it used to do: 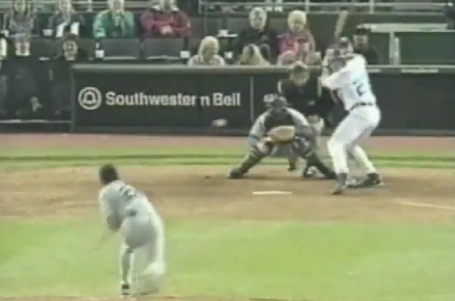 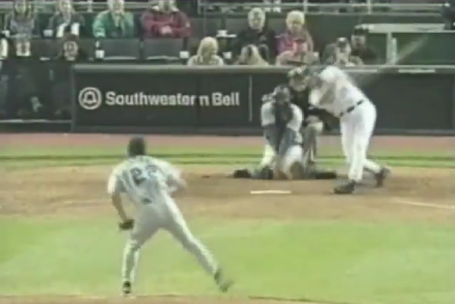 So, Kazuhiro Sasaki and J.J. Putz. Two guys with more in common than the day of their birth. I'll close with a line from Sasaki's Wikipedia page:

He had a side recording career, with an album of his vocals over techno beats.