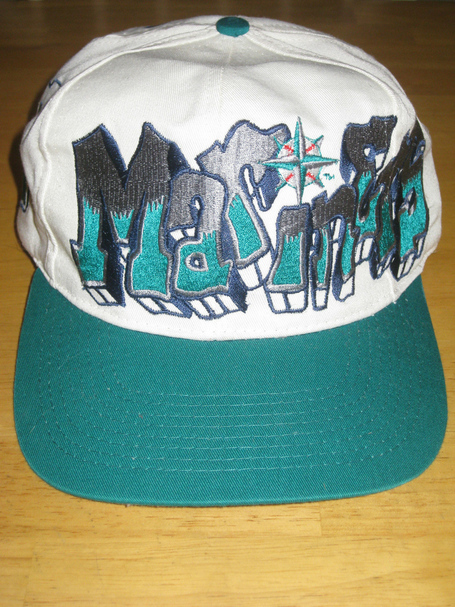 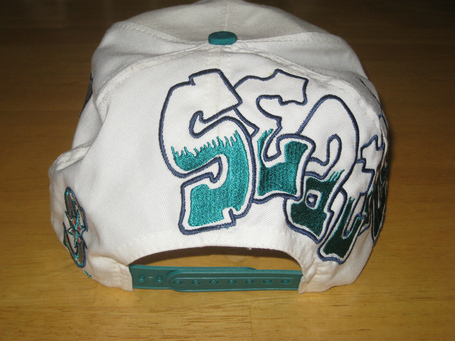 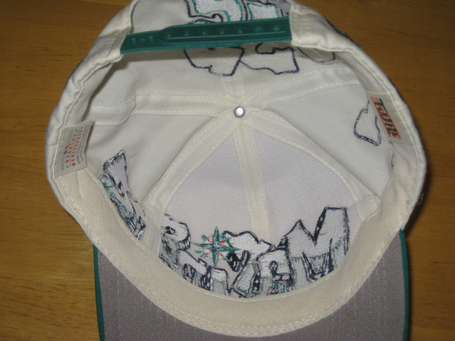 That hat is horribly ugly, I figured, and so it would make for a lousy gift, I figured. I was certain enough that this hat wound up making the final cut of really bad things you could buy. Then the hat sold for $37, plus another $7 in shipping and handling. And I heard from more than one person that the hat is actually way better than I initially gave it credit for. I'm open to the possibility I was wrong -- maybe this hat would make for an incredible gift, for a Mariners fan you like.

Around these parts, and other parts, I traffic mainly in what's known, in what's objective and measurable. It's a certain fact that Raul Ibanez just posted a .325 wOBA, and it's a certain fact that he hit most of his home runs in Yankee Stadium. From statistical facts, I try to draw certain conclusions. Little here, with regard to this hat, is known, objective, or measurable. We know that it's a hat, and we know what it says, and we know its size (or could measure its size), but we don't know whether or not it's awful. We just know whether or not we individually think that it's awful.

Awful hat, or not awful hat? Individually, we have our own preferences, and popularity is not evidence. But the results will tell us whether we're in the majority or the minority. There is no more important vote you can cast. Not today. Not right now.