Jesus Montero For 2012 AL Rookie Of The Year

Share All sharing options for: Jesus Montero For 2012 AL Rookie Of The Year

Yu Darvish is one of the most purely talented starting pitchers in the entire world. Yoenis Cespedes is one of the most purely talented outfielders in the entire world. Monday afternoon, it was announced that Mike Trout is the winner of the 2012 American League Rookie of the Year Award, and he won unanimously, with Cespedes and Darvish sharing second-place votes. The news came as a surprise to very few people -- Trout didn't just have a rookie season for the ages, but he had an overall season for the ages, and as good as Darvish and Cespedes and some other players were, they hardly equaled Trout when you combined them. For Mike Trout supporters, it isn't about the Rookie of the Year, because the Rookie of the Year was a given. For Mike Trout supporters, it's about the Most Valuable Player Award instead.

Seattle Mariners catcher/DH Jesus Montero had a tremendous rookie season in 2012. It was so tremendous, in fact, that Montero deserves to win the 2012 American League Rookie of the Year Award, previously won by the likes of Alvin Davis, Ichiro Suzuki, and Kazuhiro Sasaki. It's a Seattle Mariners Tradition! (TM) (C?) Though this year's class of rookie competition was steep, particularly within the AL West division, it's evident that Montero was the cream of the crop. For this reason and others, Jesus Montero undoubtedly ought to be announced the winner of the Rookie of the Year by the BBWAA. 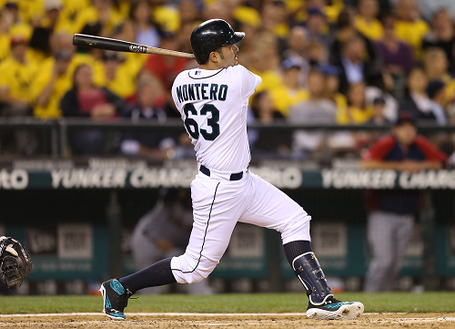 Safeco Field was an extreme ballpark during the 2012 regular season. Safeco Field has long been an extreme ballpark, but in 2012 it was unusually pitcher-friendly, so it is instructive to look at road statistics. Away from home -- where many players are worse! -- Jesus Montero batted a cool .295. That looks good in the rookie leaderboards!

The nine home runs that Montero hit away from home were more than most 2012 rookies hit all season. With average and home runs, Jesus Montero could truly do it all as a rookie. 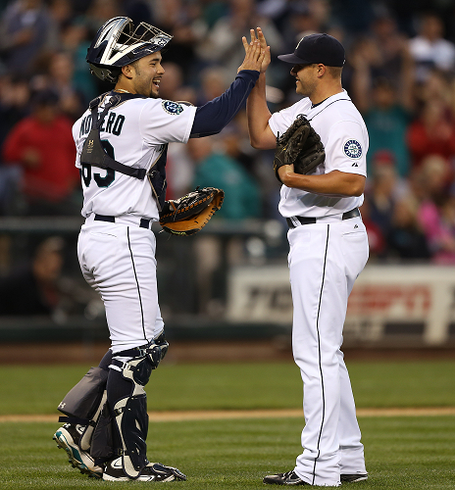 Despite the rigors of being a catcher, Montero played in 135 games. Cespedes played in just 129 games, and Darvish played in just 29 games. No rookie pitcher made more than 76 appearances, which Montero nearly doubled. On top of everything else, Jesus Montero was durable. 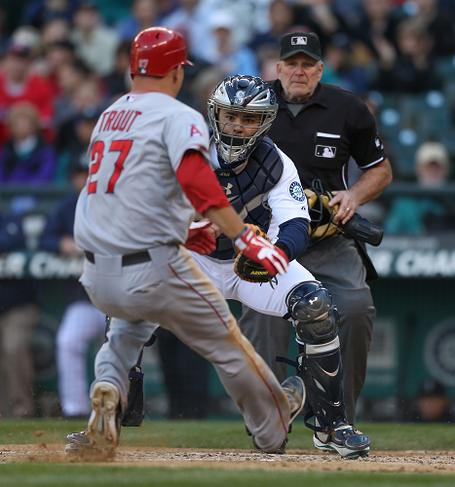 On October 3 in Safeco Field, rookie Mike Trout reached first base and attempted to steal second base with Montero crouching behind the plate. Mike Trout should've given it more thought! Montero gunned him down with ease. Trout was just one of 11 base-runners that Jesus Montero threw out trying to steal. Trout, for his part, registered only three assists all season long, and he never once threw out Jesus Montero on the bases probably 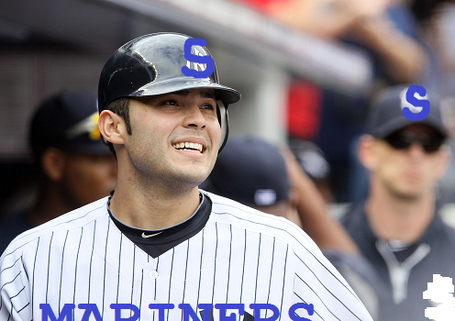 If it's graphs that you prefer, instead of numbers or words, then consider the following graph of the top AL Rookie of the Year Award contenders: 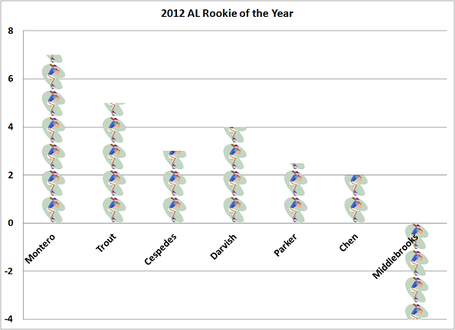 Numbers, words, images, it doesn't matter. No matter how you slice it, Jesus Montero was tops! 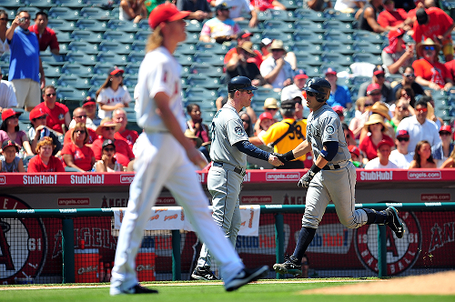 They say, to be the best, you have to beat the best. Jered Weaver tied for the league lead with 20 wins, and against Weaver in 2012 Montero batted 4-for-7 with three home runs. Cespedes didn't record a single hit against Weaver, and Trout didn't even go so far as to reach base. Weaver is a better pitcher than Yu Darvish. More, Montero batted .455 with a 1.318 OPS against the eventual world-champion San Francisco Giants. Cespedes' OPS against the Giants was a woeful .452, while Trout's OPS against the Giants was an inferior 1.292. When the going got tough, Jesus Montero got going! If you need still more proof, Montero batted ten points better against above-.500 teams than against below-.500 teams. Jesus Montero never backed down from a challenge; he only rose up to meet them.

Jesus Montero deserves to win the 2012 American League Rookie of the Year Award. According to a statistic hosted at FanGraphs.com called Wins Above Replacement (WAR), here's how Montero looks against some other rookies:

The choice is now in your hands, [**insert name of BBWAA voter**]. But we think you'll find, as you review this evidence, that there's really no choice at all. During the 2012 regular season, Jesus Montero was not the American League's only rookie baseball player. But he is the only American League rookie baseball player who deserves to win the Jackie Robinson Rookie of the Year Award.