This is one post. This is several posts. This is both things. Individually, the things included below would probably make for pretty lame posts on their own, so I've decided to put them together so they can make for a pretty lame post as a group. Think of it like a lame family made up of lame parents and lame shitty kids. And you're friends with them for some reason, and it's better just to see them all at once than to see them one by one. What am I even talking about? I should write apology notes to all of my old chemistry professors.

Today is Ken Cloude's birthday. It's his 37th birthday. Remember Ken Cloude? He debuted at 22. He threw 278.2 Major League innings. He was finished at 24. Ken Cloude's Major League career was over at the age that Edgar Martinez's Major League career began. Injuries dropped the axe on Cloude's career, but even before the injuries, he posted a 72 ERA+, and lefties touched him for nearly a four-figure OPS. Against Cloude, lefties batted .311/.411/.553. Jeff Bagwell batted .297/.408/.540. Against Cloude, lefties were Jeff Bagwell.

Here's an old Baseball Prospectus interview with Cloude, from when he was still pitching. Shout-outs to Greg Wooten and Brian Falkenborg. Falkenborg, incidentally, has been absolutely dominant in Japan.

Cloude reminds me of Ryan Anderson. When Anderson was 20, he struck out 146 batters in 104 triple-A innings, with 55 walks. His performance was comparable to and maybe even better than Felix's. God dammit.

He did post a .956 OPS against lefties. We have batting splits from the Liga de Beisbol Dominicano.

This is Ichiro and Munenori Kawasaki working out together in Japan. 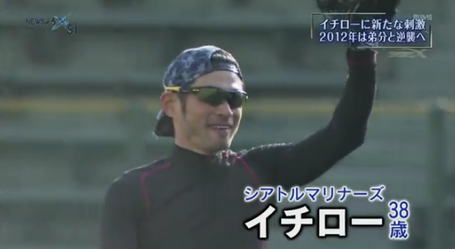 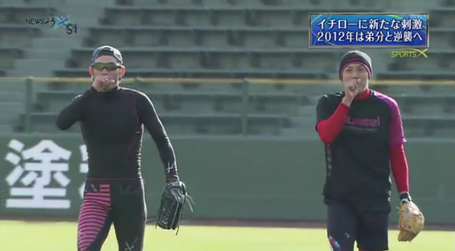 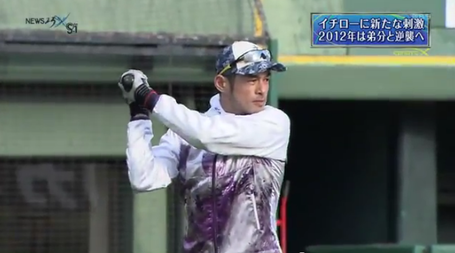