What follows is a post about Jesus Montero. It is about a lot of things that have to do with Jesus Montero. Each individual thing is probably going to be short - I haven't exactly planned this out - but I don't feel like using bullet holes, nor do I feel like messing with transitions and segues. So what you get is this post. I hope you have fun sorting through it!

Jesus Montero is 22 years old. He's somewhat newly 22 years old, since he turned 22 at the end of November. He has spent two full seasons in triple-A. For the first one, he was 20. For the second one, he was 21. He has been exceptionally young for the league. This is something that you have to bear in mind when you look at his numbers. So an OPS in the mid-.800s isn't outstanding in triple-A. It's pretty outstanding for someone as young as Montero has been.

Statistically, it's hard to find evidence that Montero improved as a hitter between 2010 and 2011. He walked less. He struck out more. He hit for less power. His contact rate dropped. He wasn't bad in 2011, but he was a little worse, which is the opposite of what you'd like to see. He did hit well during a brief trial in the Majors, which is encouraging.

This used to be Jesus Montero's stance: 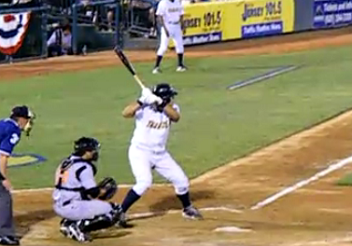 Then this was Jesus Montero's stance: 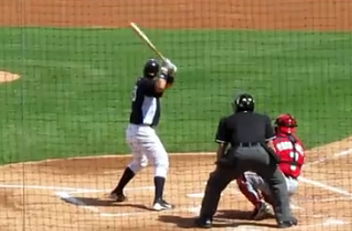 Now this is Jesus Montero's stance: 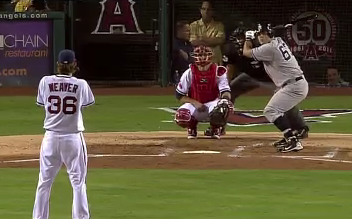 Deep crouch. I can't tell you what this means with regard to Montero's productivity, if it means anything, because I am not a qualified analyst of batting stances and their statistical consequences. It is an indication that Montero is still developing, which I guess we already knew.

As some or probably many people have talked about, while Montero's stock has been high in the past because of the chance he could catch, there's also the chance that his offense never develops fully while he's a backstop. There's a lot of evidence that catchers hit better when they're not catching. Again, that's a general rule, so we can't automatically slap it on the back of Montero's head, but it's something to think about. Maybe catching for three hours would wear him down. Maybe spending a lot of time trying to improve behind the plate would cost him time trying to improve beside it. Hitters get better because they practice, right? Montero spending more time practicing catching would leave him less time to practice hitting. Basically, Montero's offensive ceiling as a catcher probably isn't as high as his offensive ceiling as a not-catcher.

Here's this long post from Dave, on Montero catching vs. Montero not catching.