A Sales Pitch From Scott Boras

Share All sharing options for: A Sales Pitch From Scott Boras

Just, look around you.

Have you worked out what you're missing, Mariners? Correct, it's a bat.

Bats, specifically the bats of Prince Fielder, are discussed in chapters 1 through 37 in the Scott Boras' Free Agents this Winter guidebook that you have been provided. Please ensure that you have a pencil at hand as there is space in the guidebook to take down notes throughout this program.

What's the first thing you think of when you hear Prince Fielder? Don't be fooled by his name. He's more known for his hitting than his fielding. And he's not actually a prince either. Not an official one yet anyways, though I'm negotiating with several European monarchies at the moment. Sweden probably has it sewn up, but there's a mystery country involved and I might be able to get him named Crown Prince Prince Fielder. Make a note of that now.

Anyways, according to laudable research published in the Boras Journal of Propaganda, Prince Fielder is the best hitter to have ever hit things that were designed and meant for hitting in a recreational venue. You might have heard that before, but those times were mistaken figments of your memory and I was clearly exaggerating. This time it is true. Prince is the real deal, a bona fide hitting superstar capable of prodigious blasts and memorable celebrations. That concept is probably foreign to you, so I will walk you through it. 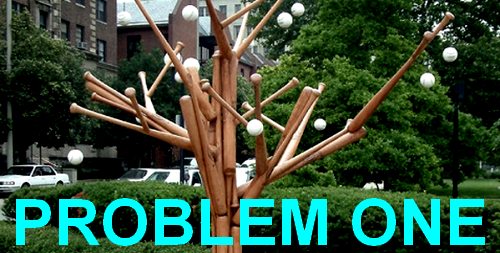 What is a bat?

It's a fair question since — as a Seattle Mariner employee — you are likely unfamiliar with what a bat is and what it might be utilized for. That's not unexpected since normally I would keep the bats I represent away from you for fear that you would take bad care of them, but I've recently had a change of heart when I heard that you might have lots of money to spend. Now then, bats are not naturally occurring phenomena in Seattle like clouds, moss or art house coffee parlors are. No, bats are made from wood, a ubiquitous and basic element in nature. Circle that in the guidebook now. 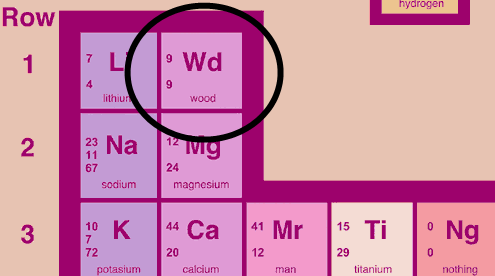 Very good. Bats are mostly inanimate objects constructed in special factories. Their purpose is to appease easily amused and run-hungry crowds at baseball events. Yes, that's right, you can placate those potentially unruly people with something other than blooper reels and virtual hydro races on video screens. The action on the field itself can actually be the focus of their attention. On the baseball diamond, pitchers hurl specially sewn spheres and hitters — other hitters on other teams, not the ones you have — attempt to utilize these baseball bats to strike the sphere and advance themselves and teammates across a number — four being ideal, two being satisfactory and five being just greedy — of specially designated safe zones. If the hitters succeed, they may eventually celebrate with a loving and gentle caress of each other's buttocks. It's perfectly natural. 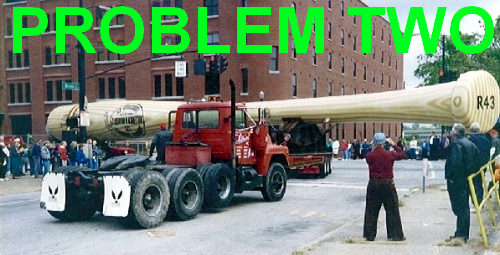 What kind of bat?

Okay, now you know what a bat is. But you can't use just any bat, though. Some bats are of poor quality, like the ones you have, and you hardly need more of those. Instead, you should strive for a big bat. Big bats enable you to play that Funk Blast song more often even though the joke is four years old and nobody really remembers anymore if it's legitimately funny or just ironically funny. Big bats also might calm down the radio call in crowd who otherwise will never ever shut up about needing them, even if your team is winning many games a season.

How does one acquire a big bat? One method is to acquire several small bats and glue them together, but that rarely lasts. Others like to start with baby bats and nurture and care for them with daily servings of tobacco and pine tar until they eventually grow big and strong. That can take a long time however and sometimes they are overfed, resulting in adverse effects like Jose Vidro. You don't want that. The best method is to get a bat that is naturally big so that you can avoid long development periods and any pesky rumors. A natural big bat like Prince Fielder. Underline Prince Fielder in your guidebook now.

Rinse? No. Prince. There is not a baseball fan on the planet that isn't convinced of your need of a big bat. And believe me, Prince Fielder is the biggest. He not only possess an intimidating physical presence, he also owns and uses big bats. His bats are so big that they have to be measured in a special proprietary metric that was designed, copyrighted and only understood by super agents. They're big though. Please consult the 423-page supplementary material if you need further evidence. 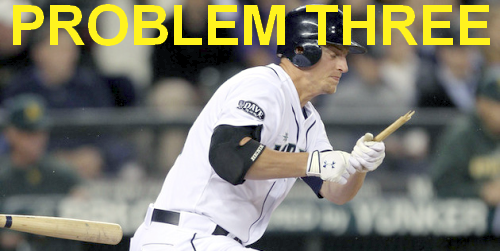 Why do you need one?

Right now you have a collection of terrible bats. Other people make fun of your bats. Behind your back, they laugh at you. The inadequacy of your bats is all over the internet. Even Steve in accounting thinks it's funny but also a little sad and depressing. Your bats can't even hit seeing-eye singles. You have blind bats; blats. Write that down.

You know that thing that your opponents keep doing with the scoring of runs? That's how they end up winning games and why the fans that watch those teams at their home games leave their stadium with the corners of their mouths turned upward instead of a dead-eyed blank stare more reminiscent of a crowded English rail stop that you're more familiar with. The only remedy possible is for you to acquire more bats. Otherwise this will be what your games eventually look like. 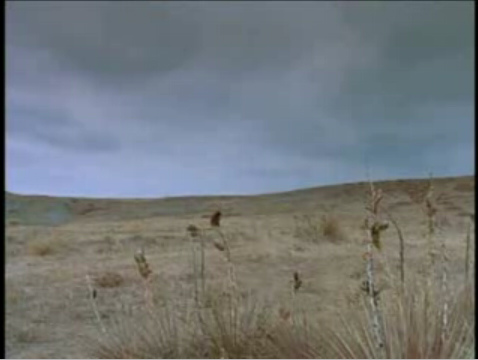 You don't want that do you? Absent of interesting baseball games, those former customers of yours might turn to reggae raves and more festive sock knitting parties leaving you the only option of threatening to move cities again. That's such a hassle. A big bat like Fielder might even get you to the playoffs which is bonus round baseball where all the cash prizes are higher. It's like Double Jeopardy!, but without having to know anything about 18th-century French painters or ancient Latin homonyms.

Now please look over your notes and return your guidebook along with a massive offer addressed to Scott Boras c/o Jon Heyman.

In the next program, we'll discuss Kevin Millwood.