Aboard the U.S.S. Media

Commander: Anything unusual going on?
Operator: Not really, sir. Pretty quiet out there.
Radar: /blip
Operator: Hold on-

Commander: What is that?
Operator: I can't tell.
Radar: /blip

Commander: There it is again.
Operator: If I didn't know better, I'd say...
Radar: /blip

Commander: All right, everybody, heightened awareness.
Commander: We need to keep the Mariners monitored.
Commander: It is imperative that we keep a close eye on anything and everything that they do.
Radar: 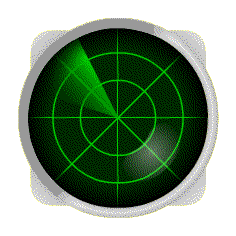 Commander: Wait
Operator: Where did they go?
Radar:

Commander: Everything back to normal.
Operator: You don't suppose they just went stealth for the time being, do you?
Commander: ahahahahahahaha
Radar:

Commander: But seriously, no, forget 'em.

I kind of miss it.

They weren't keeping themselves relevant in a way we would've wanted, of course, but they were attracting so much attention, regional and national alike. The losing streak made the Mariners interesting, far more interesting than any last-place team ought to be. So, in a way, I kind of bonded with it. I guess it was a sort of Stockholm syndrome. The losing streak gave me a reason not just to watch the Mariners every day, but to look forward to watching the Mariners every day. Baseball fans love shit that's historic, and what the Mariners were doing - what we were all witnessing - was historic.

And now it's over. The Mariners made a run, but they didn't break any records, and now everything's been undone like an arrangement of dominoes. It's awesome, because they won and now our team can stop being so much of a national punchline, but it's a little disappointing, because with the streak snapped, we're left to watch just another Mariners team in the basement. I'm tired of watching Mariners teams in the basement.

On the plus side, at least this team still has interesting components. Players we can watch that make us think that brighter days might be ahead. Many of them were on display today. The Mariners beat the Yankees today in large part because of Felix, Ackley and Carp. Throw in Michael Pineda, a healing Justin Smoak and a few others, and there are enough players of interest to keep many of us paying attention. Nothing against Jamey Wright and Josh Bard, but it's not like all the players on this team are Jamey Wright and Josh Bard.

So that's something. That'll be enough to keep us chugging along. But, man. Even though it wasn't going to last forever, things'll never again be like they were for the last several days. In a way - in just the slightest little way - that's too bad.