The Mariners sputtered last week, coming out of an off day to lose three consecutive games and fall further behind in their pursuit of the Cactus League championship. But they have since done an admirable job of rebounding, pulling off a late-inning win over Texas, keeping the Padres silent, and then surviving a rainout and thumping the White Sox on a breezy and pleasant Tuesday afternoon. With the Giants taking the day to rest - or look over their shoulders - the M's have pulled to within two games of the lead, and if baseball has taught me anything in my day, it's that there's no stopping momentum once it starts, never ever. The Mariners may finally bring the state of Washington a trophy it can be proud of. Get out of the way, 19th place in total highway miles circa 2001! 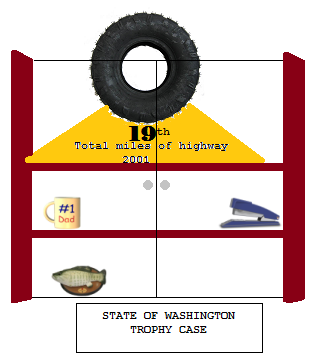 
Tomorrow brings Luke French and the M's against Jorge de la Rosa and the Rockies. But wait! There's more. The game's at 6:40, and it's going to be broadcast on ROOT Sports. ROOT Sports - showing sports you can root for.