On The Passing Of Greg Halman

Share All sharing options for: On The Passing Of Greg Halman

Greg Halman turned 24 years old on August 26th. A short time later, he finished the season in Tacoma with five hits in two games. A few weeks ago, he was one of several players representing Major League Baseball on a tour through Europe. Today he is dead.

A week ago, or maybe two weeks ago, I don't know, I was reading an editorial about the Penn State situation, the thesis of which was that the fans and media were completely unprepared to handle a story of such impossible gravity. That everybody just wanted to talk about the players and the games and the irrelevant scandals, and that a story such as the one that broke left everyone speechless and helpless.

That editorial read as a criticism. When I think about it now, it's not much of one. Who would be prepared? Who could be prepared? There are things worth preparing for, and things beyond the unfathomable.

It's insulting the way lives end up getting summarized. It's understandable, of course - to truly capture a life lived would be to tell a story as long as the life itself - but Greg Halman was so much more than an outfield prospect for the Seattle Mariners. He was more than a guy with an age and a dad and statistics. We didn't know a lot of the story, and few people did, but pay attention to the words of everybody who's come out with a statement. To an individual, those who knew Greg, even just a little bit, were struck by his charm, his enthusiasm, his warmth, his infectious smile, which is one of those traits that many ascribe but few truly possess. One senses that Greg wasn't living his life in pursuit of happiness; one senses that Greg was living a life driven by it.

I don't even feel right referring to Greg as a baseball player. Obviously he was a baseball player, and that was how we knew him, but I don't feel right giving him that label, that identity. Still, while "baseball player" wasn't Greg Halman's full identity, it was a part of it, so it's worth noting how much Halman achieved, and what he came to represent. He wasn't just a Mariners prospect on the brink of a big league career. He was the first Dutch-born, Dutch-raised, and Dutch-developed player in Major League history, and from the bottom of Geoff Baker's piece:

[Coach] Chlup said Halman was surprised that so many fans in the Czech Republic seemed to know who he was. Other than Fielder, Chlup said, Halman got the loudest reception of any player introduced to the crowds.

Halman was one of the faces of European baseball. In one sense, he was trying to make it. In another sense, he already had.

And maybe that's the silver lining here. The story whenever somebody so young passes away is that they were taken before they could live a full life. That should be the story, because we're put here with dreams, and we should all get a chance to achieve them. But while Greg didn't get to live the full life that he wanted, and that his parents wanted of him, the life he did lead was most certainly full in a way that few of us can match.

Greg Halman was born in Haarlem in 1987. He learned four languages. He graduated from college. He signed with the Seattle Mariners in 2004. He represented his country in 2009. He made the Major Leagues in 2010. He hit his first Major League home run in 2011. All the while he comported himself with an eagerness and a joie de vivre sufficient for envy. This is a paragraph summary of Greg Halman's life, and I hate it. I hate that it's insultingly brief, and I hate that it had to be written.

About that home run - Greg Halman hit two home runs, the first of them coming on June 15th, against the Angels. He hit it at home, leading off the bottom of the eighth. Sitting in the stands was Greg Halman's dad. It was Greg's first game as a professional his dad had ever seen. 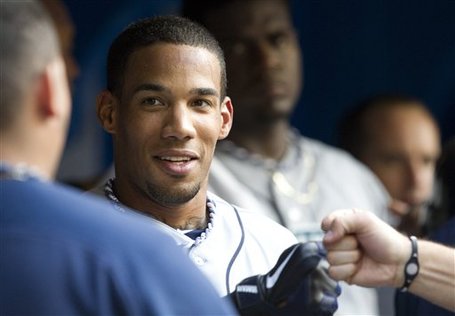