For all the talk about how the baseball offseason can be so exciting, the truth of the matter is that each team makes only a handful of major moves. There are rumors - there are always rumors - but few of them come to fruition, and if you only look over a team's transaction log, you might be underwhelmed by the amount of activity. You have so much time! Do more!

We begin with Henn, because he is the more significant of the two insignificants. The basics? Henn is a big 30-year-old lefty reliever with some experience in the Major Leagues, but much more experience in triple-A. His experience in the Major Leagues has been anything but acceptable. Over 81 innings with four different teams, he's allowed 14 home runs, with 64 walks and 62 strikeouts. If you set a very convenient innings minimum of 80, Henn has the 11th-worst ERA in big league history, at 7.56. That's better than Dewey McDougal and Harry Colliflower, but worse than Eddie Oropesa and Radhames Liz. That is a sentence on a baseball blog in 2011.

Somewhat confusingly, Sean Henn has recently pitched for the Orioles, and Hayden Penn has recently pitched for the Orioles. Hayden Penn has the worst ERA in big league history, given the same innings minimum. Of course, if you're going to confuse "Henn" and "Penn" then I guess you'll probably confuse Sean Henn with somebody else.

What about the triple-A experience? Overall, it's been a mixed bag, and Henn was pretty bad as recently as 2010. But he took a step forward in 2011 with the same team, and it wouldn't surprise me if that step forward were the reason he caught the Mariners' eye. Last year with Las Vegas, Henn cut his walks, he boosted his strikeouts, and he boosted his groundballs. He struck out a batter an inning, and half of the balls in play he allowed stayed down. His control still wasn't good, but it was better, allowing him to have success in an extremely hitter-friendly park.

Henn works primarily off of a fastball in the 90-94mph range, and he also throws a slider and an infrequent change. He has a very smooth, easy delivery that makes it hard to believe he throws as hard as he does, and he also apparently wants all of us to stay off the drugs: 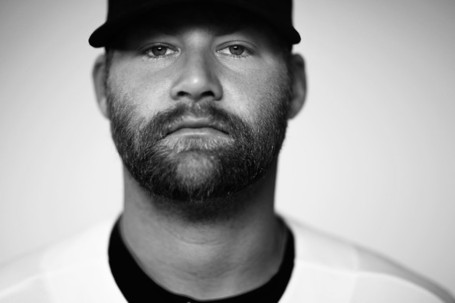 Given Henn's history of velocity and walks, it's easy to see this move in the same light as when the M's signed Jesus Colome and Denny Bautista. And it is the same kind of thing, as Henn is a hard-throwing reliever with some big league experience who'll have to fight in spring training for a job. But unlike Colome and Bautista, Henn's left-handedness gives him a chance of sticking for longer. He could make the bullpen, and he could stay in the bullpen.

Or he could suck. Who knows! Relievers. If he isn't good enough, he'll hang out in Tacoma, or Japan. One Sean Henn fun fact: the other two Major Leaguers from his draft round are Chad Cordero and Ian Snell. Another Sean Henn fun fact: his initials are SMH, so he comes with a built-in nickname in the event that he makes the team and is terrible.

That's pretty much what I know about Eric Campbell. He was an interesting prospect at one time, but then the same could be said for just about everybody in professional baseball. Campbell was drafted in the second round in 2004, just a few picks after Dustin Pedroia, Hunter Pence and Jason Vargas, and he was outstanding in 2005, but things didn't go the way he wanted them to go, which is how he wound up playing second fiddle to Sean Henn in a post about minor league free agents in 2011. Eric Campbell sure looks to me like system filler.

But then, last year he played a bunch of games at third base, so, hey, maybe he's a candidate to start at third base! He's at least better than Figgins!*