The numbers and ranks are for the entire teams over the course of the regular season. I grant that is not the perfect measure as the postseason nature compresses some of the roster usage. For instance, replacing the total rotation figures with the combined run values of just the four likely starters for each team the Rangers fall to 64.4 while the Cardinals improve to 10.1. That's a 33-run shrink in the original 125-run gap between the two teams. Both bullpens are quite different as well as the Rangers made several mid-season trades to bolster it and the Cardinals have finally had the good sense to stop using Ryan Franklin and Miguel Batista.

The Cardinal hitters show no seasonal split versus left or right-handed pitchers which is useful since a majority of the Ranger starters are left-handed as are some key components of their bullpen. They have shown a preference for hitting on the road, with a 40-point gap in home vs road OPS, mostly due to many more road home runs. Similarly, Cardinal pitchers have little home/road split in strikeouts or walks, but allowed more home runs on the road than at home, helping to lead to a matched 40-point ERA gap.

On the Ranger's side, they show the expected home vs road splits with many more home runs yielded in Arlington and similarly little difference in platoon splits. So no luck trying to divine insight into a best-of-seven series from data produced over 162 other games, none of which against the current opponent. That was silly of you to try. You wasted my time negating your hopeful delusions.

Jeff has a poll up already asking for your feelings on which team you are rooting for in both radio button option mode and also in free-form text expression mode. Personally, I'm hoping for seven consecutive endings similar to this: 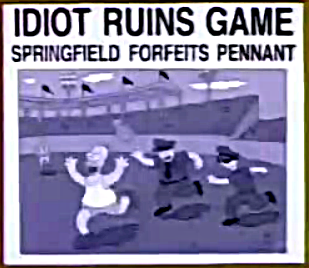 Which four starting pitchers each team will use is in little doubt. But the order they will be deployed is murkier and definitely subject to change when it comes to the possible games at the end of the series. Therefore, instead of laying out the match ups as usual on a per game basis, I will instead simply profile each of the eight I fingered as the starters.

The Texas Rangers had a great starting rotation in 2011, there's no debate to that. How that happened I'm not sure since none of the players involved have sunk into my subconscious yet as good pitchers. Prior to 2010, the last time C.J. Wilson started a game was 2005. He was an established bullpen pitcher until, at the baseball age of 29, the Rangers thought, screw it, start him. And instead of blowing up with an injury, or seeing diminished effectiveness, or any of the other myriad of effects that are supposed to happen, C.J. Wilson went out and tossed 200 good innings. And then this season he went out and tossed 225 even better innings.

C.J. Wilson became a starter out of almost nowhere and in his second year posted his career best strikeout to walk ratio. That's stupid. It's not supposed to work like this. Luckily for us Mariner fans, C.J. Wilson is about a week away from being a free agent and thus will either weaken Texas on the field (by leaving) or on the payroll sheets (by staying). Yeah! Take that, amazing success story for you, Texas! Bet you wished you'd... well, done what you did... but maybe earlier! Yeah.

Continuing the trend of "what? How is he good?" is Colby Lewis. Colby Lewis was bad for quite a few years, then went to Japan and was not bad, and then came back to America and was really good. He's also really cheap. Dude, Colby, maybe you should not have signed a three-year contract? Now you're stuck playing with pennant-winning teams but at less money then you probably would have received from a potentially more sucky team!

Anyways, Colby Lewis got significantly worse this season, but he had a long way to fall after his stellar 2010 year and he did not fall the entirety of that long way. Only part way did he fall. He was still comfortably above average and tossed another 200 innings.

In my head, Derek Holland is still laughably bad at throwing strikes and throwing strikes is a very important part of pitching. It is perhaps the most important. Holland used to be bad at that, but now he is roughly average and not only is he throwing more strikes, but he's increased his rate of ground balls as well. Combined it makes Holland a useful, even good, starting pitcher. I don't know how this happened.

Matt Harrison last posted a complete above average pitching season in 2007, at double-A. Over three Major League seasons prior to 2011, he had 181 innings of starting pitching accumulated and they were all poor with average rates of 12% strikeouts, 9% walks, 43% ground balls and an average tRA+ of 74. In 2011, Harrison threw 183.2 innings in the rotation with rates of 16% strikeouts, 7% walks and 48% ground balls and a tRA+ of 120. He went from 74 to 120. His minor league numbers indicated he was probably better than the 74, but come on. Matt Harrison posted the same tRA as Felix Hernandez. This is stupid.

Chris Carpenter has basically spent the last decade being either awesome or awesomely injured. He came back from labrum surgery and then when the Cardinals signed him to a big extension two seasons before the end of his current contract, he promptly came down with Tommy John disease and would make only four total starts in 2007 and 2008 combined.

I'm curious what would have happened with Carpenter had the Cardinals not signed him to a five-year deal in December of 2006. The contract he was already under would have ran out after 2007 or 2008 depending on a team option, but then he would have been coming off two basically wasted years and his second major pitching-related surgery. Would the Cardinals have re-signed him? For how much? The Cardinals being kind of stupid might have ended up helping them as even with the lost seasons Carpenter racked up something like 14 WAR over that 5-year contract, a little more than market value for $62.5 million.

Jaime Garcia is an exciting young pitcher with tough to hit stuff that plays well down in the zone. His success is not of the stupid variety. He is an exception.

I will never not think of Matt Joyce when Edwin Jackson's name is brought up, or vice versa. That was the second trade he was involved in. There would be three more to come. Jackson found increased success in Detroit and then Detroit sent him to Arizona in the three-way mega trade with New York. Jackson regressed back while in Arizona and was traded to the White Sox in a dumb move on Chicago's part as they gave up Daniel Hudson, but Jackson rebounded in Chicago the year he was there before another semi-3-team trade with Toronto and St. Louis sent him to the Cardinals. He's been disappointing with the Cardinals. Edwin Jackson may hate the National League.

Meanwhile, Matt Joyce continues to just be consistently good and it would have been sweet if the Mariners had somehow traded for him instead of Tampa because then we (and by we, I mean the Mariners. Though we'd get to continue rooting for him) might have him and Doug Fister.

A little known fact about Kyle Lohse is that he hasn't been a Minnesota Twin for over five years now. That is the only little known fact about Kyle Lohse that exists as all other facts about him are known and unchanged since the dawn of all creation. He's exactly what you think he is when you think mid-2000s Twins starting pitcher who isn't Johan Santana. Whether it is actually Kyle Lohse, Carlos Silva, Brad Radke, Joe Mays, Terry Mulholland, Kenny Rogers, Rick Reed or Eric Milton, they are all the same person. Kyle Lohse escaped to the National League and thus was entirely ignored until finally peering his head out this October. And now he will have to appear and pitch in the World Series and put his dazzling array of mid-80s stuff on display. In Texas. The good news is that he'll probably only get four innings.