Share All sharing options for: Brian Cashman Is Really Stoked About Rafael Soriano

The New York Yankees, of course, recently signed Rafael Soriano to a three-year contract worth $35 million. It was a huge deal for a guy who won't even be able to close, but what I - and a lot of other people - find to be the most interesting part is how Yankees ownership went over general manager Brian Cashman's head in getting Soriano signed. As written in the New York Times:

While the Yankees introduced the right-hander Rafael Soriano on Wednesday as the newest member of their bullpen, the more intriguing sideshow at the news conference centered on General Manager Brian Cashman and his stated opposition to the deal.

...Cashman was vehement in not wanting the team to give up its first-round draft pick to acquire another free agent. But the Yankees’ ownership overruled Cashman and gave away the top pick to acquire Soriano.

On Wednesday Cashman did not back away from his initial stance, saying he was opposed to the deal while also acknowledging that it would improve the club in the immediate future.

Seldom does any front office share a unanimous opinion on anything, and, ultimately, it's the owners who are in charge, so they always reserve the right to do what they want. For Cashman's part, he says he doesn't feel threatened. Even if the situation is all peaches up top, though, I don't think there's any denying that this could make things a little awkward with the team's newest player. 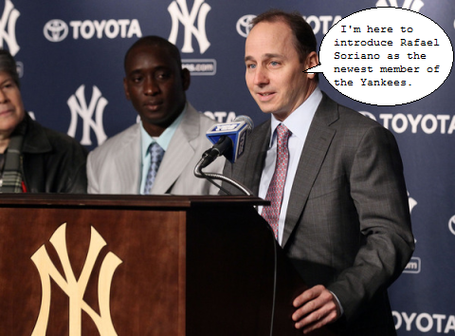 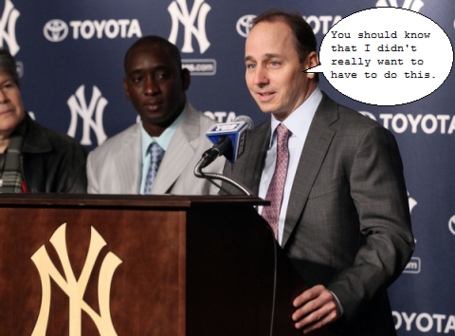 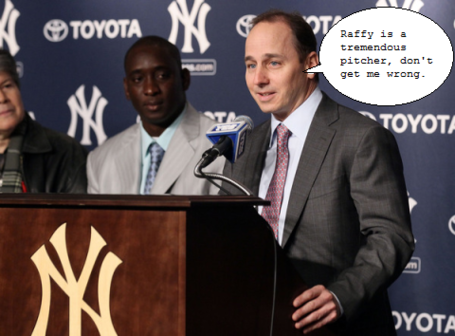 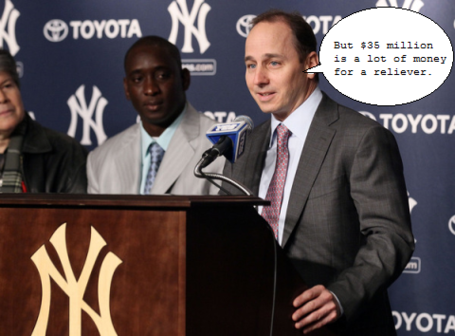 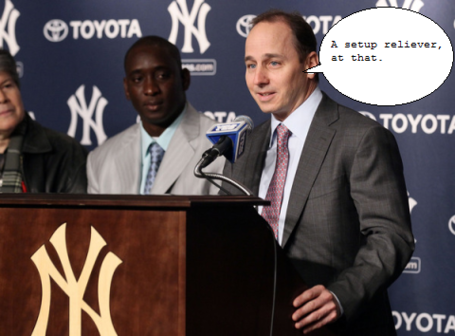 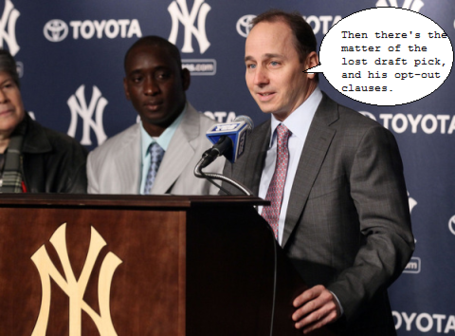 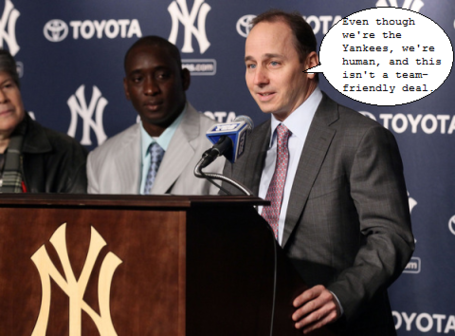 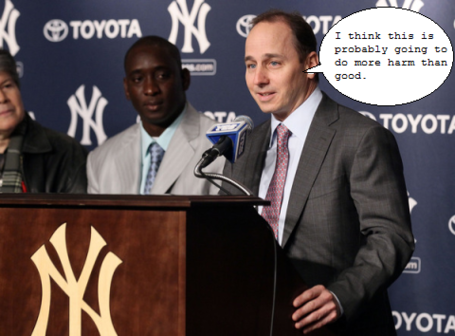 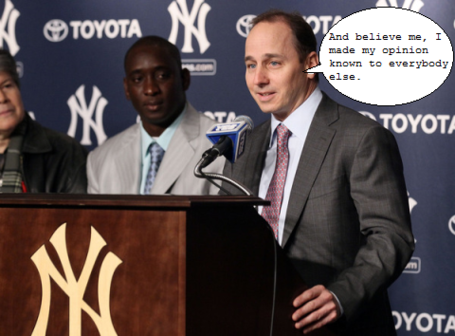 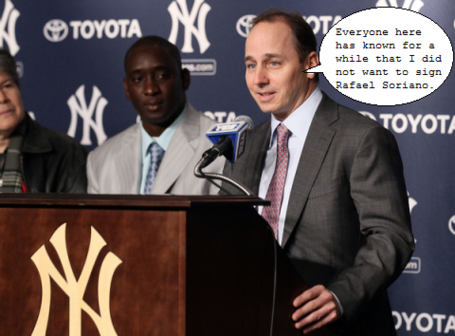 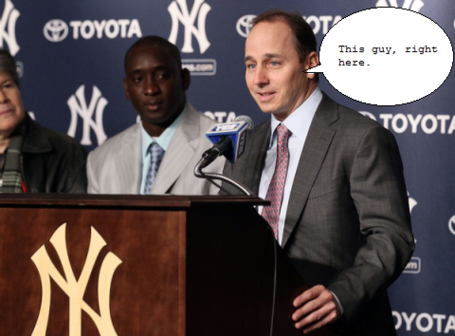 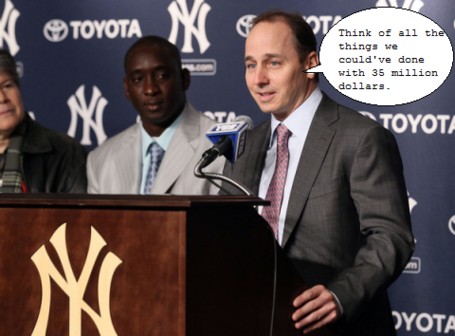 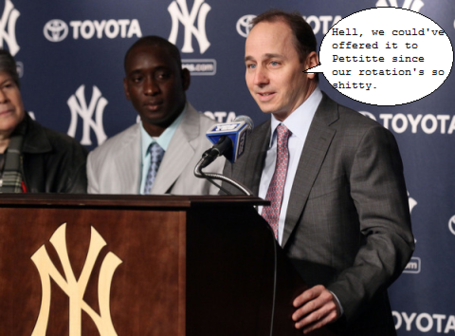 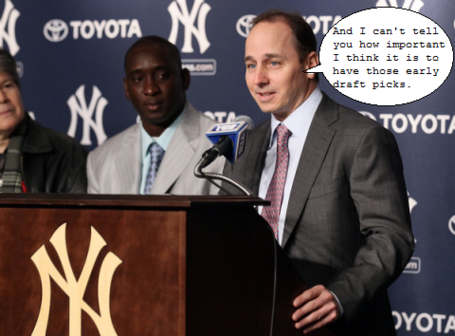 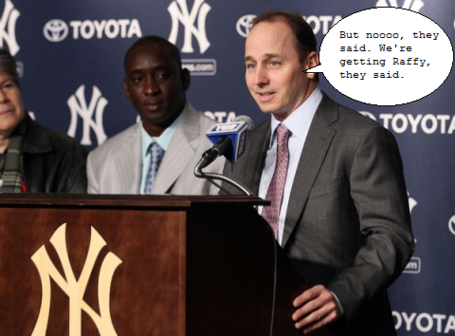 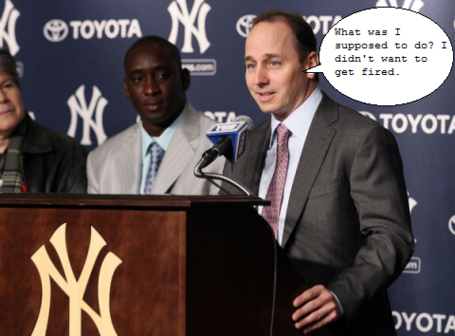 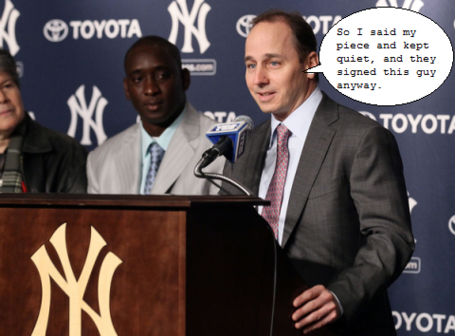 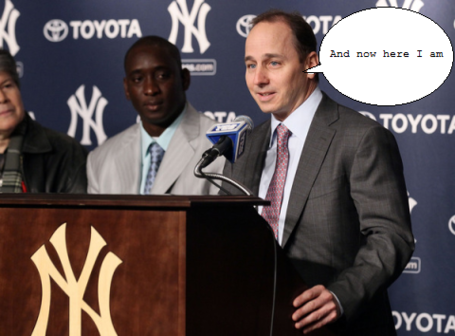 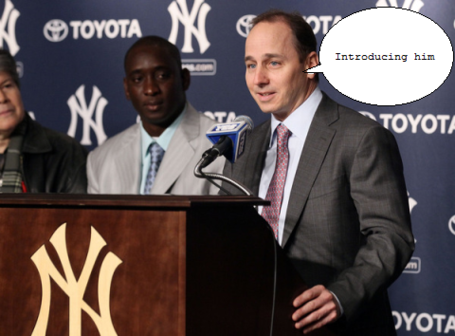 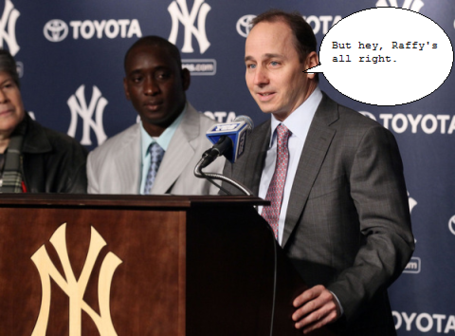 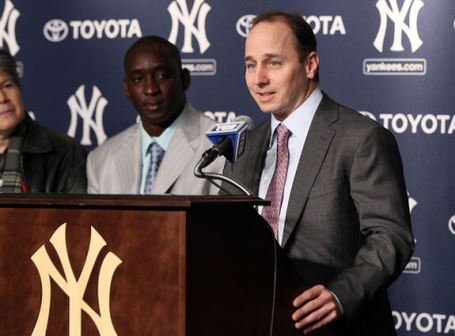