Share All sharing options for: A Luke French Observation

People in my position are very interested in changes. Changes in strikeout rate. Changes in discipline. Changes in velocity. We understand that a given player's true talent level often isn't static, and changes in his numbers give us an idea as to which way a player is trending.

But the changes we observe are generally changes in statistics, which means they're indirect. A player can't change his stats. He can change something about the way he plays baseball, which may then cause a change in his stats, but there's no skipping the first step. For every Result B, there's always a Cause A.

So from time to time, it's worth looking beyond the statistics to try and identify the root cause of a change. I think we can all agree that Luke French has changed. But why has he changed? Let's go to the pictures. 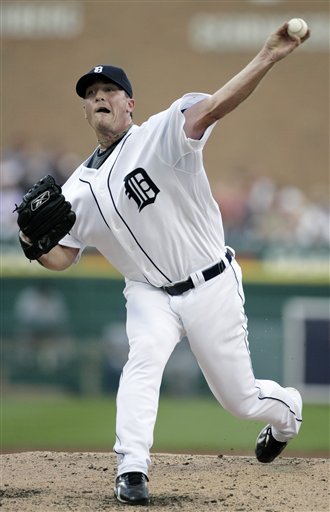 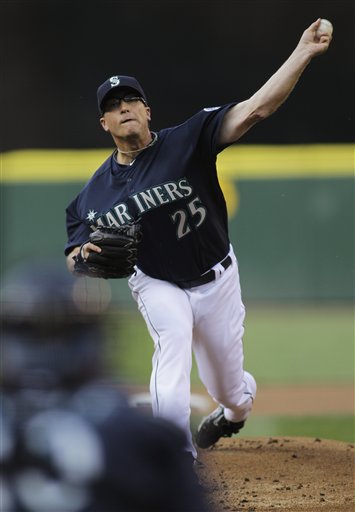 As a Tiger, Luke French struck out 5.8 batters per nine innings. Since coming over to the Mariners, his strikeout rate has dropped to 4.3. This ominous drop corresponds to a starkly reduced resemblance at release to a man afflicted with Bell's palsy.

He who can't scare, beware.