An observation, and not analysis, of Doug Fister's last two starts, as compared to his previous 22: 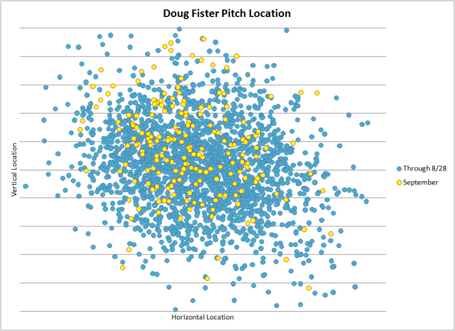 Maybe that's clear to you. Maybe that isn't. Here's another way of looking at it:

Over his previous two starts, Doug Fister has thrown just three-fifths of his pitches for strikes while keeping just eight of 35 balls in play on the ground. The reason, as has probably been visible to anyone watching, is that he's had a lot of trouble missing high - especially with his fastball. That's not where Doug Fister wants to be. Doug Fister wants to be down, and somewhere around the edges.

I don't know to where Fister's release point has wandered off, but someone might want to find it.