You Tell Me If You Think This Is Luck

Share All sharing options for: You Tell Me If You Think This Is Luck

A Chone Figgins comparison, courtesy of Texas Leaguers. Data through July 18th for both. 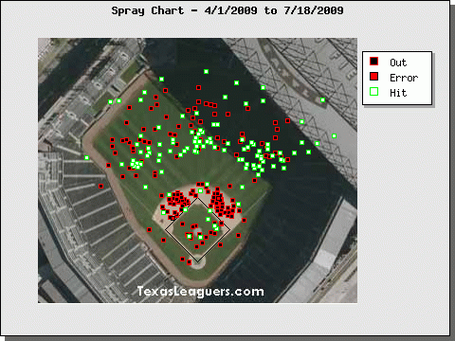 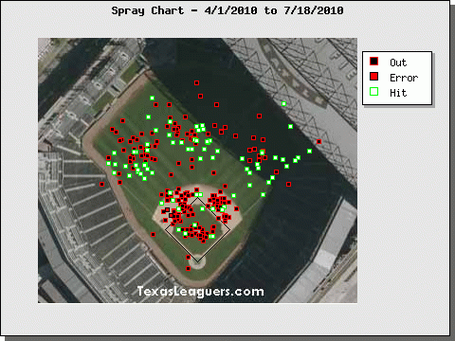 Or, if you prefer:

It's easy to look at Figgins' numbers and say, "oh, the BABIP is way down, so he's just getting unlucky." But the spray chart is the picture of a guy who isn't hitting the ball as hard in 2010 as he was in 2009. Following visual observation, many of us have wondered how this hitter put up last year's numbers. Answer: he didn't. A better version of this hitter put up last year's numbers.