I'm sorry... I just cannot take it right now. This team is too boring, too frustrating. There's too much talent going to waste and it looks listless, leadershipless. It looks like exactly the opposite of 2009 and if there needed to be another argument against the ability of predict team chemistry, this would be it.

Still, I feel bad about leaving you readers out in the cold, so I decided to at least let you in on Jeff and I's game recap document template. Simply fill in the blanks ad-lib style and then throw in a joke or two and you too can bask in the glow of writing recaps after these insulting excuses for baseball games. 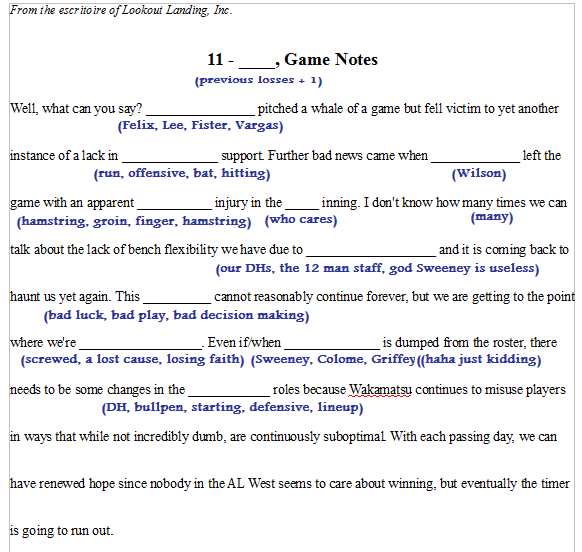 Jeff may be along later for the usual chart and recap treatment.