It's been a month and more than a couple moves have transpired since the last update. 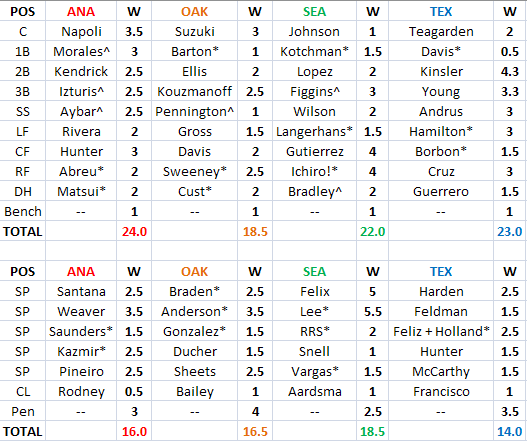 I also increased everyone's bullpen WAR by one because I think I was under counting it before.

Frankly, my projections seem to be much more optimistic for Oakland, Seattle and Anaheim than any of PECOTA, CHONE, or CAIRO. Everyone seems to agree that Texas is a mid-80s win team though. I may be off, but I am not sure where. I have done these from scratch three times now and always end up in the same general spot.