I was going to say "I'll just let this speak for itself," but then I remembered it's in Spanish and most of you don't speak Spanish.

Felix Hernandez celebrates the Cy Young award with his family. Second Venezuelan player to win it.

Mendoza isn't just some guy - he's a Venezuelan journalist who has little reason to make this up. Remember how the Erik Bedard re-signing story came from a writer in French Canada? These locals: sometimes they're valuable. Sometimes they get the scoop, and sometimes the scoops are ever so wonderful.

It had been raining for a few days here in Portland, practically non-stop. It was raining 20 minutes ago. I'm looking out the window now, and the clouds have parted, and there's blue in the sky. 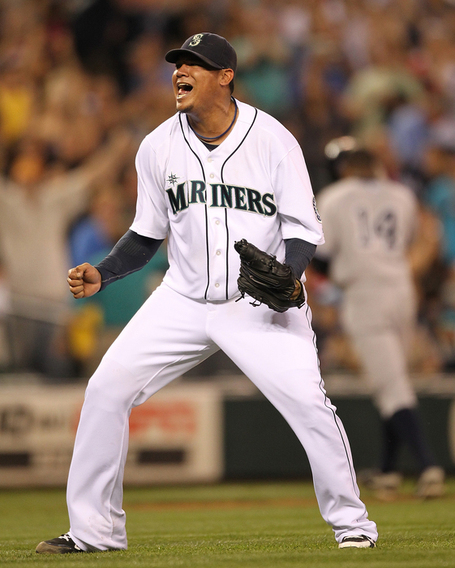