The first half of the season was anything but a pretty one for the Seattle Mariners. After a somewhat encouraging start that saw them hold an 11-11 record upon the return of Cliff Lee, the team promptly lost eight in a row and never recovered. They were a game under .500 in April. They were 11 games under .500 in May. They were a game over in June, but they quickly left that fleeting success behind them, dropping nine of 11 games in July leading into the All-Star Break.

Following their final game of the first half - an 8-2 loss to the Yankees - the Mariners found themselves at 35-53 with the calendar reading July 11. They were 15 back of Texas in the division and were edging their way towards the worst record in the American League, and to make matters worse, Lee was already gone, having been traded a few days earlier. The return was good, but there was little left to look forward to. The most dramatic possible move had already taken place.

It was then that the Mariners had their eighth-most unremarkable moment of the 2010 season. Jack Zduriencik and the rest of the Mariners front office went to bed on July 11th knowing they had a few off-days coming up during which they could shake things up a little bit more. And so it was that, on July 12th, the organization released Billy Traber. 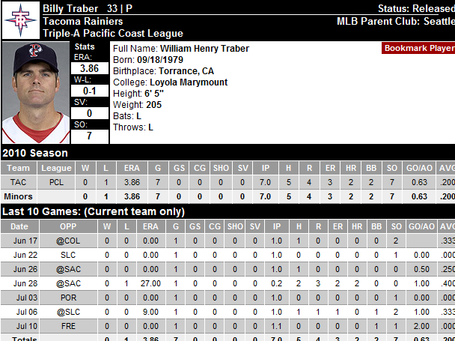 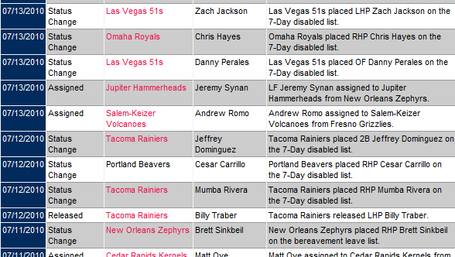