On Wednesday, July 7th, the 34-49 Seattle Mariners took on the 38-46 Kansas City Royals. It was an evening showdown before nearly 17,000 fans at Safeco Field, with a recently activated Doug Fister taking on Kyle Davies, who at the time had a 5.64 ERA.

The Royals scored in the top of the first on a walk, a single, and a sac fly. The Mariners came back to even things up an inning later on a solo homer by Casey Kotchman. The score remained 1-1 entering the bottom of the third, when the Mariners had their tenth-most unremarkable moment of the 2010 season.

Leading off the third against Davies, shortstop Josh Wilson got ahead 2-0 when he took two balls low. He then got a high fastball, swung, and lifted a lazy fly ball into right-center field, where it was tracked down by David DeJesus for an easy catch. Wilson was retired, and he returned to the dugout. 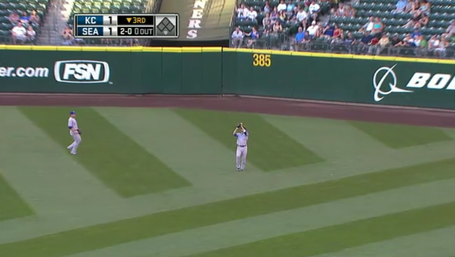 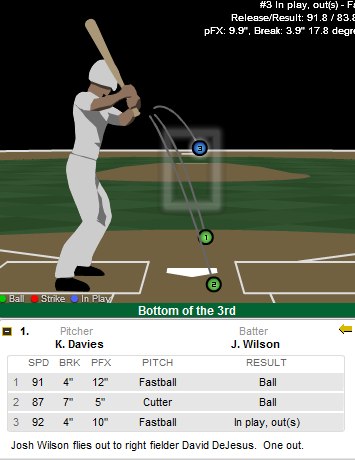