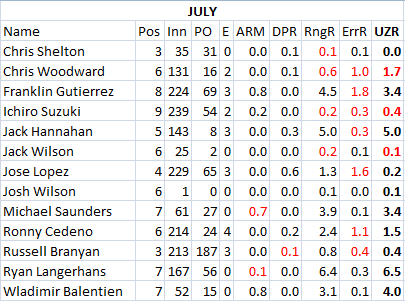 The Mariners defense was outstanding in April, when they racked up a +7.3 UZR. They slowed down to a +3.4 figure in May, leaving them at +10.7 total, a very good number. Their UZR for the month of June was 12.1 which was insane. 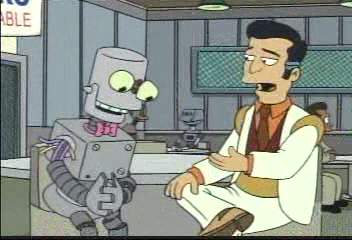 Well here comes something beyond insane, 22.3 UZR in July!! AHHH 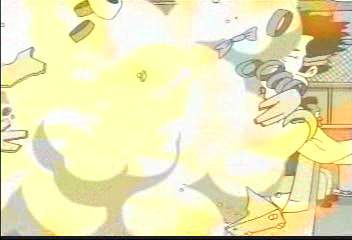 As it was in June, a big part of that massive, throbbing UZR came from an absence of any drains with just three members in the red. And on that topic, yes, Chris Woodward is pretty mediocre. No, I am not worried about either Ichiro or Jack Wilson.

Left field was split between three members for the month. Together, they combined to post a 13.9 UZR. So much for missing Endy Chavez. Those three plus more awesome from Gutierrez and further proof that Jack Hannahan is useful piece to this team made up the bulk of the positives for the month. 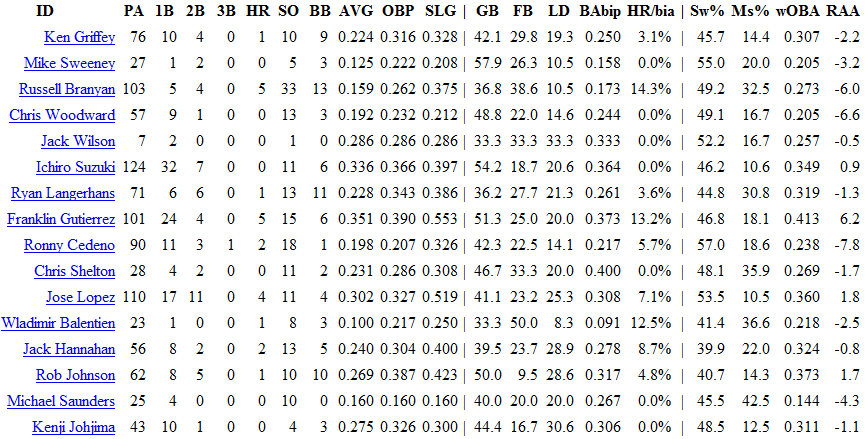 Griffey was Griffey, drawing some walks, not getting as many hits as he might have deserved given his line drive rate. His 3.1% home run per ball in air rate was quite poor and a big reason why Griffey came in with a negative bRAA. There are a lot of indicators here that would lean toward bad luck and some positive regression coming, but when you have an aging slugger, sometimes you have to factor in that he is teetering toward or over the edge of being an actual Major League player. Wait and see I suppose.

Russell Branyan saw his BABIP take another tumble in July, down to .158. The good news is that his swing and contact rates are still in line with his overall season numbers and his walk to strikeout rates were stable and the power was still present. The singles should come back to his now-regressed season line.

I have a fear that Chris Woodward, who sucks, is going to have a decent enough month of July while the Mariners fiddle about, and become the new Mike Morse, championed by those that ignore the tenets of statistical analysis. I guess there are worse things that could happen, like him sucking and the team tanking. Can we just find a real third baseman please?

Ichiro's power fell off this month, but other than that, a standard Ichiro month. Sure would be nice to see a couple home runs though. I had hopes of him reaching double digits this season. Rob Johnson certainly showed me, responding with a .373 wOBA for the month with parity in the walks and strikeouts for an .810 OPS. He even lined nearly 30% of his batted balls. Woweee, Rob. Who knew you had it in ya? His catching partner did not have a terrible month either, though Kenji did really lack for extra base hits, with just a lone double.

Another five home run month of Franklin Gutierrez who is starting to look like a potential 25-homer guy with legitimate Gold Glove defense in center field. His .413 wOBA topped the team in July. Jose Lopez tried to keep pace with four dingers himself. Lopez has really improved his contact rates, up to nearly 90% last month.

Michael Saunders has some adjusting left to do.

All together,a .249/.307/.381 combined line. Their .309 team wOBA (NB: not park adjusted) was worth -27.9 runs over average. Not a good month for the hitters at the plate and amazingly enough, it was so bad that it managed to cancel out their superb defensive efforts and then some. They get a D- instead of an outright F because of their cumulative 20.3 line drive rate suggests some bad luck with the .286 BABIP.