I hear that NASA has confirmed that Russell Branyan has become the single greatest threat to satellites in low earth orbit.

Oh, and speaking of NASA, do you think Luke French would be terribly opposed to them building a strike calling robot for him? There were some quite frankly silly calls by Angel Hernandez today, and one of them is probably the difference between a good start and an awful looking no decision: 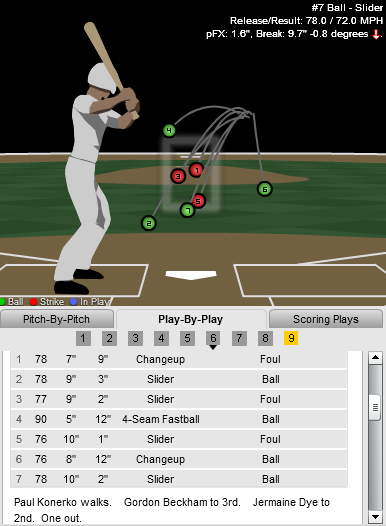 I know that there were some bad calls benefiting both teams today but could we please please please start evaluating pitchers on their own merits rather than some chimeric conjuration living entirely in the umpire's head? Luke French's line would have looked much better with one less run, one less walk, and one more strikeout .