The As just lost Mark Ellis and Nomar Garciaparra to the DL with calf injuries. Ellis is of course always a positive with his glove (+1.1 UZR). Garciaparra's injury probably isn't too big of a deal drop off-wise, but with Eric Chavez already banged up (but expected back) it could be one hell of a revolving door at third base this season for Oakland. Ellis' impact could be meaningful if he has to miss a chunk of time.

As infuriating as it was, the Mariner offense went up a tick in value during this past series, gaining 0.4 runs over average. The starting rotation also jumped well up thanks to a pair of outstanding starts by Chris Jakubauskas and Felix Hernandez. Yeah, Erik Bedard's start was pretty bad, but it wasn't bad enough to prevent the rotation from gaining 2.9 runs. The bullpen lost a touch more than the rotation gained though thanks to some dreadful relief yesterday. Amazingly, the bullpen lost 3.1 runs to average over just four innings pitched in the entire series. Not a great series for them.

Still, all in all, the team came out 0.2 runs ahead which is the key to take away from this disappointing series with Chicago I feel. Keep playing at average or slightly above and I like our chances in this division given our pole position. .500 baseball the rest of the way gets us an 83-79 record. If I offered you that right now, would you take it?

Going up against the Athletics' offense in Oakland, this is a big opportunity for the back end of our rotation to shine. Silva, if you were ever going to face a team susceptible to the Jakubauskas strategy of piping in strikes and forcing them to beat you, this is it. Learn from your better who we picked off the scrap heap's scrap heap.

Dana Eveland is another lefty in the no-strikes-but-gets-ground-balls mold that Oakland seems to use to make up 50% of their Major League and Triple-A rotations. He puts less than half of his pitches in the strike zone. For the love of god, take some pitches Mariner hitters.

Last time we met up with Trevor Cahill:

Trevor Cahill made his Major League debut in an expected fashion earlier this week, with lots of walks. Five walks to just one strikeout and a majority of batted balls going in the air is not a recipe for success. Cahill ran good to great ground ball rates in the minors so we'll assume that skill will show up, but he's never been much in the control department.

Against the Ms, he did record those ground balls, and also recorded eight swinging strikes (of course!), but he also issued four free passes and lasted seven innings mostly thanks to a .111 BABIP. On the season he has walked more than twice as many as he's struck out and the ground balls still are not readily visible. Right now, Trevor Cahill would be mediocre in Triple-A. For the love of god, take some pitches Mariner hitters.

Josh Outman doesn't throw strikes either. He's allowed three home runs in 8.1 innings in the rotation. Outman spent the majority of last season pitching in Double-A where he was barely above average. He actually has some zip on his fastball, and splits its usage with a slider and change, but he's got lousy control. For the love of god, take some pitches Mariner hitters. 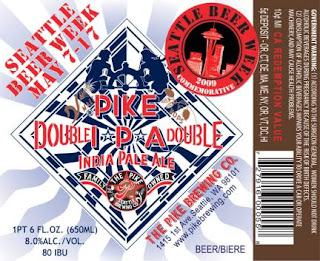