My Night With Stephen Strasburg

Share All sharing options for: My Night With Stephen Strasburg

Comfortable enough to spread my wings and get away from the Mariners for a day but not comfortable enough to get away from baseball entirely, last night I decided to head over to Tony Gwynn Stadium with Teej and a couple friends to see the SDSU Aztecs take on the TCU Horned Frogs. It was an important conference game that something something something Strasburg was pitching. Given that I've been running out of chances to see the guy live, I had to seize this opportunity.

So, it seems, did everybody else - last night's sold-out crowd of 3072 was apparently the largest home crowd for the Aztecs in any sport ever. Ever. It's funny to look at some of the recent attendance numbers for SDSU home baseball games:

Guess which games Strasburg started? They totally play it up, too. SDSU's baseball website has Strasburg Central, and before the game the PA guy was announcing the date of his next scheduled game. Seems sensible.

Anyway, I'm not here to offer a detailed scouting report. Not only is Strasburg arguably the best collegiate pitching prospect in history, but he's also the most hyped, as the popularity and proliferation of Internet blogging has led to fans of every team in baseball chipping in with their two cents. A Google search for "Stephen Strasburg" yields 176,000 results. A Google search for "Aztecs baseball" yields 2,510. At this point, there's nothing I could tell you about Strasburg that you haven't already been told ten times over.

What I will tell you is this: never before have I gone into a game with my expectations set so high. It wasn't a conscious decision, but as I stood there in SDSU's hastily-erected Standing Room bleachers down the third base line and watched as Strasburg struck out 14 Frogs in seven innings, what blew me away more than anything else was how unimpressed I was by the whole spectacle. Strasburg struck out 14 of the 27 batters he faced, walking only one (after a couple questionable calls), and yet the only times I could muster any significant enthusiasm were when I got mad at him for letting guys make contact. 12 batters hit the ball. One even took Strasburg deep. This angered me. Why was he allowing them to do this?

Stephen Strasburg is the only player I've ever seen whose failure to be perfect was a disappointment. I don't know that I could give him higher praise.

A part of me actually felt a little good for TCU after they homered. All game long, they looked like a defeated team. They came in all amped up and young, but after Strasburg struck out the first three hitters he faced with breaking balls in the dirt, you could almost visibly see them slump their shoulders. And after SDSU put up a three-run second, all the wind was taken out of their sails. When you know you're facing long odds, making them longer makes a task feel impossible. The players in the TCU dugout were telling each other to keep fighting with their words but to surrender with their eyes. So when some guy took Strasburg out to left-center to put the Frogs on the board and make it a 4-3 game, the dugout erupted with a cheer louder than any other heard all night. A cheer of discovering your dragon may be slayed. TCU was still losing, and the game was almost over, but I can only imagine the sense of relief that swept over them when they were finally able to make a dent. It was like when the fighter jets were first able to hit the giant alien motherships with missiles in Independence Day, only instead of saving the world from total destruction, TCU didn't do anything else and lost.

Strasburg was brilliant, or I guess normal for him. There wasn't a radar gun and I don't know how many strikes he threw, but as we've all come to expect, he was in complete control of nearly every at bat. Each fastball made the catcher's glove pop with the sound of agony and wincing regret, and each breaking ball fell off the table with enough sharp movement for us to be able to follow from a couple hundred feet away. On four separate occasions we saw a strikeout breaking ball get away from the catcher. It's a silly pitch that gets silly results. I say "silly" because there aren't any other adjectives in the English language that haven't already been used to describe something vastly inferior.

Strasburg was done after seven innings, so we took off, along with like three-quarters of everybody else, because who the fuck cares. The Aztecs won, but considering I didn't even know who they were playing until I got to the stadium, that doesn't mean anything to me. I wonder how it feels to be anybody else on that team. Strasburg could be the nicest, most pleasant clubhouse personality in the world, but there has to be some element of awkwardness between him and the rest of the roster. There just has to be. It's got to be demoralizing to know that the majority of the people who come out to the games only care about one guy and couldn't give a shit about the outcome. I can sympathize with them, but on the other hand, I got to see Strasburg, and if the rest of the team wants to achieve that kind of high profile, maybe they should try being better.

An enjoyable evening, and given the quality of the entertainment, a great way to spend $7. Pretty soon it's going to cost a hell of a lot more than that to see Strasburg in person. I'm sure he knows that, too, which makes it all the more impressive that he's able to stay focused in college. No matter where he ends up, he's looking like a guy who can change the identity of a team by himself. And no matter where he ends up, they're going to hope so.

If you ever go to Tony Gwynn Stadium, get the kettle corn. 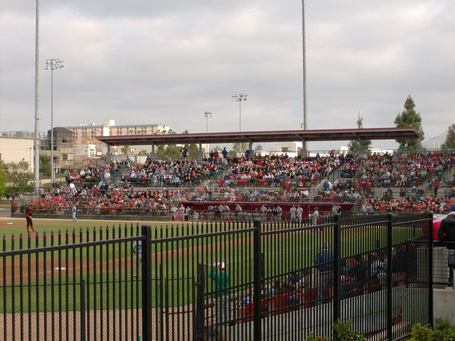 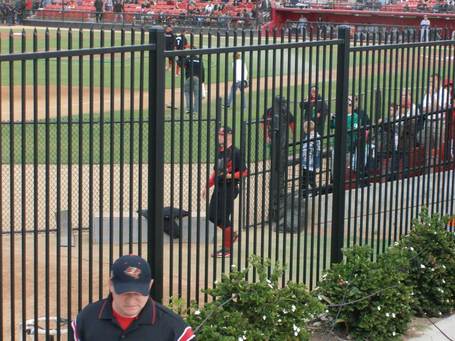 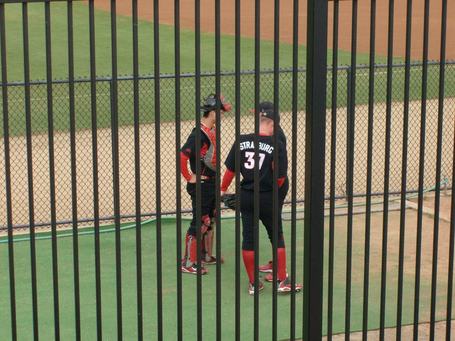