Chirpy never fulfilled the potential I projected onto him. Though I'd leave the radio on when I left for school, he never learned to talk. He'd just squawk in his own language at all hours of the night. He never learned to fly where I wanted him to, and in his older age he couldn't fly at all. And he never quite got the petting thing down. Instead of acting submissive, Chirpy would go on the attack, using any opportunity to climb onto my shoulder and bite my ear. To be sure, Chirpy was one of a kind, but he never became the fuzzy blue megakeet I dreamed he would be.

What Chirpy was, though, was a cute and idiosyncratic little ball of feathers that always knew just the right way to stare at me to make me feel better. He never did a whole lot, and I think he just annoyed visitors more than he did anything else, but no matter how down I felt or how angry I was at my brother or school or the New Jersey Devils, all I had to do was go to my room and watch Chirpy do whatever it was he was doing. It was impossible to see Chirpy scurry around the top of his cage or stare back at me with his head at an angle and not feel like laughing.

It's been a few years since I had to bury Chirpy in the yard. Sometimes I'll glance out back at the depression in the lawn. "Man," I think. "Chirpy was a great bird." 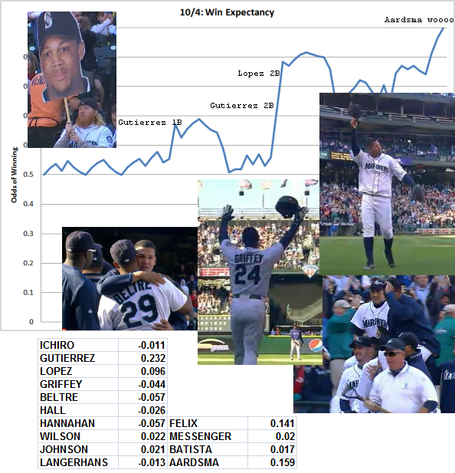 A few days ago, incidentally, I was in one of the worst moods I can remember. I bottomed out in a way that I haven't done in a couple years, and for two hours I laid in the bedroom and stared at the ceiling. Around 7 o'clock I looked at my phone, realized a game was about to start, and rolled out of bed to come to the computer. And by the third or fourth pitch I was right back to joking around and feeling good about everything that was going on.

LookoutLanding.com isn't a thing. I mean, it's not a thing that exists. I can't go anywhere in the world and open a door and point and say "look, there it is." But for something of intangible constitution, I can't begin to explain to you just how much this place means to me. Sometimes it even takes me by surprise. I love my girlfriend more than I've ever loved anything that wasn't the sour cream & onion corn puffs from Trader Joe's, and there've been times that I've just wanted her to leave me alone so I could write a post or participate in a comment thread. This place is a vital component of my lifeblood, and were it not for the community that built around some asshole writing fake AP captions and saying which starting pitchers look like they smell, I don't even know what I'd do. I don't know what I'd do, but I know I wouldn't be as happy.

Though there have been better teams than the Mariners, not one of them has had a better website. Thank you. Thank all of you. So, so very much.

P.S. Z I fuckin love you